The Secrets of Natalie Portman's 'Black Swan' Rodarte Tutu -- Flaws and All!

Natalie Portman may have glided with ease across the stage for her role as a prima ballerina in the upcoming ballet thriller
Black Swan
, but it turns out that it was the team behind her tutus that were put to the real challenge! While becoming the first fashion designers to covet a National Art Award from Americans for the Arts recently, Rodarte’s Laura and Kate Mulleavy explained to nymag.com the challenges of creating the intricate costumes for the film. “A tutu is 13 layers of tulle sticking straight out and then it’s over the body, so you can imagine. It’s crazy!” said Laura, who had only seen a ballet costume up close once before the film. The sister-act was introduced to the film’s director, Darren Aronofsky, by Portman–a longtime Rodarte lover–and after that, were brought on board to create looks for the film’s Swan Lake performance. “Building a tutu is one of the lost couture arts. Everyone will know it’s like getting your hand on the prize, like a coveted piece of couture that no one ever gets to see,” Laura explained. “You can’t go rent a tutu. You have to own it…They’re never actually perfect, but from afar, when you’re in the audience, it looks like one of the most beautiful things in the world.” And while the film has already received Oscar buzz, maybe the tutus will too! –Jessie Goldberg

SEE ALL THE STARS ON SET HERE!

Rodarte Designing for 'The Hunger Games'? 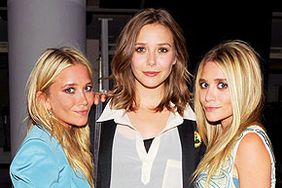 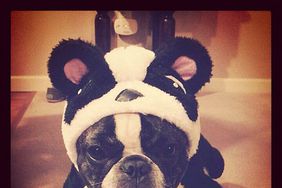