The Coveteur Goes Inside Rick Ross's Closet, Gives You Everything You Never Knew You Wanted

The rapper gave a rare look inside his ginormous home, and it's even more over the top than you'd ever think

Sometimes you don’t really know what you want or need in life until it walks right up to you, smacks you in the face, and screams, “Money ain’t a thing, just look at my pinky rings.” Such is the case with the latest feature on The Coveteur in which the site delves into rapper Rick Ross‘s closet, unearthing a number of truly opulent designer duds and footwear carefully arranged alongside some of the hip-hop superstar’s amazingly gaudy (in the absolute best sense) home decor.

For those not quite as familiar with the rap game as they are with the daily ins and outs of the Kardashian Krew, Rick Ross, otherwise known as the Teflon Don, has been a mainstay of the music industry since the early aughts, co-opting the name of a former drug kingpin and hitting it big with songs that capitalized of that same hustler mentality. So naturally, when you take on a moniker that carries so much symbolic weight, your house and your lifestyle have to rise to meet those larger-than-life expectations.

And the rapper’s 109-room Atlanta abode more than lives up to the hype. After all, this is the man who celebrated his 40th birthday with “white horses, ’48 hours worth’ of flowers, and enough champagne to fill his swimming pool (which, mind you, is the biggest pool in the United States).” So clearly, the man is not messing around when it comes to luxury. His sneaker collection alone could put most millionaire women’s shoe closets to shame, with individual cubbies for all of Ross’s shoes of choice—rare and limited edition Air Jordans, alongside a few choice pairs of Reeboks.

Aside from the shoe closet to end all shoe closets, according to The Coveteur, Ross also has pretty much everything Versace has ever made. This robe hanging off the rapper’s monogrammed topiaries (a running theme throughout his home decor) is really just the tip of the iceberg. Mixed in amongst the images of Ross, there’s a full set of Versace tableware, candles, clothing, belts, and, of course, many, many pairs of shoes.

But while the rapper may seem like all gruff swagger and bravado, there’s also a softer side to Ross, as evidenced by his toy figurine collections and menagerie of MCM-branded leather stuffed animals.

But it’s not just the rapper’s apparel that’s crazy luxe, according to the site his gigantic home is also filled with an art collection so impressive it could make even the Louvre’s curator sweat, including a few original Basquiats. But you know you’ve really made it big when the ladies who have been inside every impressive celebrity closet the world over crown you “the most OTT Coveteur ever.” We trust Mr. Ross will celebrate properly by popping open a couple magnum-sized Veuve Cliquots and buying himself an ultra rare Versace Lamborghini.

What do you think of Rick Ross’s closet? What’s your favorite part? What would you steal from his wardrobe? 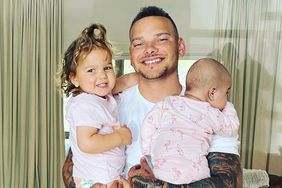 Kane Brown Talks Fatherhood, Says He Always Wanted to Give His Kids the 'Life That I Never Had' 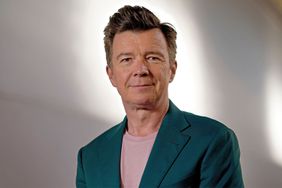 Rick Astley Recreates Iconic 'Never Gonna Give You Up' Video, 35 Years After Release 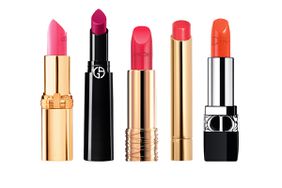