See the 11 stars who made this year's roundup – then pick up this week's issue of PEOPLE for more looks we love, plus inside scoop from the celebs and their stylists

When the Style team gathered to choose the Best Dressed Star of the Year, one name kept coming up: . She seems to have truly hit her style stride in the past 12 months, nailing every off-duty and red carpet look, whether it’s sweet separates or dazzling designer gowns like this Gucci Première design at the Grammys. And we’re not the only ones giving fashion props to the singer; model BFF Karlie Kloss tells PEOPLE, “She’s got great style. I need to take some notes from her!”

An A-list star who doesn’t use a stylist? That’s right. This does it all on her own – from the dresses, including her Gucci Première Met Gala gown, to the dazzling jewels – which makes her red carpet looks that much more impressive. “I’ll look at the runway shows on Style.com. I’ll call in a rack, and then I pick from that,” she tells PEOPLE. “I think the best thing to do is whatever makes you feel most comfortable, the most confident.”

Who’s responsible for Diane’s high-fashion getups? Diane herself. Yep, she’s another actress who doesn’t use a stylist, but rather, she just calls up her designer friends to request looks. It helps that she’s super-decisive (“I’m not someone who pulls tons of dresses. If I fall in love with it and it fits, that’s it,” she tells PEOPLE). And if ever she’s stuck between two looks, she asks boyfriend Joshua Jackson to weigh in (swoon). They both clearly have good taste since Diane delivers up high-fashion hit after hit, including this Valentino Couture dress at the Vanity Fair Oscars Party.

The 45-year-old (yes, 45) has yet to meet a skin-baring trend she doesn’t like or can’t pull off. Proof: The whiplash-inducing Atelier Versace design she selected for the Fashion Rocks Concert, which puts her enviable body on display without seeming ridiculous. “She looks phenomenal in everything, so we get to have more fun playing with her looks rather than analyzing what needs to be avoided,” her stylists Rob Zangardi and Mariel Haenn tell PEOPLE.

“She is a really positive person, and when it comes to fashion she is always willing to do something different,” the stylist Petra Flannery shares. And that openness has paid off: Emma is always surprising us (in a good way) with her red carpet choices, this recent one (a deep-green Valentino gown with a plunging front and back) being one of the most wow-inducing dresses we’ve seen on the red carpet this season.

She’s been on the scene for just over a year, but the Oscar winner has already had more fashion hits than some stars have in their whole career. There’s no color she can’t wear (and Lupita’s worn ‘em all), no silhouette that doesn’t flatter her and no red carpet she hasn’t conquered. She’s sported quite a number of stunners, but we have a feeling this caped Ralph Lauren Collection gown in particular, which she donned for the Golden Globes, will go down in awards show style history (it’s her stylist Micaela Erlanger’s favorite!).

The MVP of our Love Her Outfit gallery has never met a trend she can’t master, an accessory she can’t pull off or a print she can’t wear. We’ve always coveted her street style, but the last year has turned us into major fans of her formal looks (see: the electric-blue Zac Posen she wore to the Sin City L.A. premiere). Her stylists Emily Current and Meritt Elliott say it’s her attention to high fashion that makes her sartorial skills so sharp. We’d add that her accessories game is a big part of it, too!

Of all the women on this list, is the biggest risk-taker when it comes to her outfits. This is the woman, after all, who wore a completely sheer Adam Selman gown to accept her CFDA Fashion Icon award. We never know what to expect from the singer and that’s what makes her such a joy to follow on the red carpet. And yes, she often wears very figure-flaunting ensembles (like this Alexandre Vauthier Couture dress at a pre-Grammys event), but her stylist Mel Ottenberg explains, “Being sexy is totally a part of it. It s also about having fun, though, and just experimenting with fashion.”

She sits front row at fashion shows, wears looks straight off the runway and rocks trends in a way that makes them feel timeless and sophisticated (how about that gown-over-pants Christian Dior Couture combo she wore to the Golden Globes?). But doesn’t take it all too seriously, saying, “Fashion is this massive, huge industry, which I like to dip my toes into, but it’s not my industry.” And when she Tweeted, “I did NOT wake up like this” about her Noah premiere look in N.Y.C., well, that only endeared us to her and her attitude toward fashion even more.

She pulls off daring looks from Chanel, Dior and Valentino (seen here at the Young Hollywood Awards), but what’s coolest about Chloë is that she manages to do it all while still acting like a 17-year-old. “She would never wear anything she doesn’t like just because somebody tells her to … but she is not scared of taking risks,” says stylist Nell Kalonji. At the same time, she’s got a strict clothing budget from her mom, meaning “she is so excited when she is gifted a bag or a pair of shoes. I like that it makes it special.”

The Mad Men star is only 14, but she runs circles around many stars twice her age on the red carpet, leaning towards polished, pretty pieces with impeccable tailoring. Her stylists Jill Lincoln and Jordan Johnson, creative directors for Rachel Zoe Studio, say they love that “with Kiernan we can experiment with looks and shapes” (like this Delpozo design at the Costume Designers Guild Awards), but ultimately much of the teen’s style is innate: “We joke that we will be working under her at some major magazine some day – if we re lucky!” 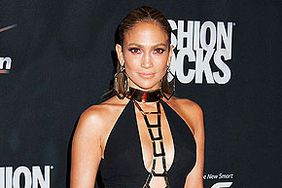 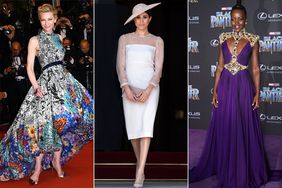 Blake Lively Dishes on Her Favorite Look of All Time, What Style She Can't Pull Off (Seriously!) and More 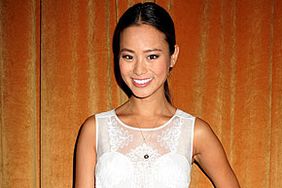 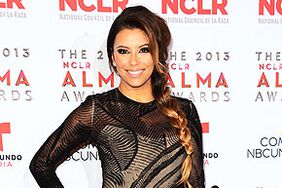