Looks like this Angel has clipped her … hair! Victoria’s Secret supermodel Alessandra Ambrosio debuted a major mane change — a layered lob! — just weeks after wrapping the lingerie giant’s annual Fashion Show, where she was Beachwaved to perfection.

The supermodel vet showed off her brand-new short do on Instagram Tuesday, but before the big reveal, Ambrosio teased fans with a “sneak peek” snapshot, showing herself sitting in the hair chair with celebrity hairstylist Frankie Foye readying her scissors for the big chop.

“Ch-ch-ch-ch-changes. Turn and face the strange ✂️? ✂️ by @frankiefoye #europeantour #girlz #newdo,” the VS Angel captioned the action shot.

And an hour later, Ambrosio shared the final look with fans (shown above) — a layered lob with a whole lot body and movement. “Worth it ??? New D? Thanks to my #girlz @frankiefoye and @cgonzalezbeauty #haircut #newdo #onlygirls,” she said. The star’s new style is probably the shortest we’ve seen her wear, leaving her four to six inches of hair lighter.

The layered, shoulder-skimming cut is quickly becoming a favorite among celebs this fall. Stars including Khloé Kardashian, Amanda Seyfried, Chrissy Teigen (pre-extensions), Nicole Scherzinger and even Kim Kardashian West have all made the mid-length chop this season. So, we ask again: Is the slightly longer lob the new bob?

What do you think of the star’s short new do? Do you prefer the supermodel with long or short? Tell us in the comment section, below!

Audrina Patridge Is Hardly Recognizable Thanks to Her Brand-New Blonde Do!

Kate Beckinsale Cut Her Hair Into a Lob! (PHOTO) 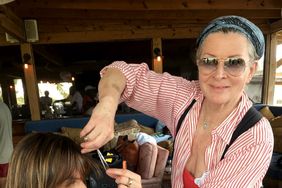 Alessandra Ambrosio Gets Bangs During Bahamas Trip with Her Fellow Supermodels 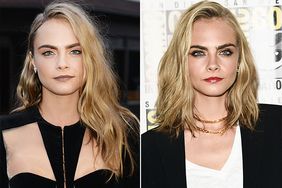 Is the Bob Over? Kate Hudson, Kaley Cuoco and More Stars Go from Short to Long Hair 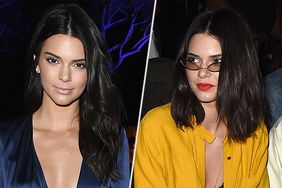