Forget the runway! The action is in the front row as fashionistas like Mary-Kate and Ashley, Jessica Alba and more hit the City of Lights for the shows. By Melissa Liebling-Goldberg

The star shows off one of the season’s most popular prints – stars! – in her oversize blouse, jacket and slim jeans combination while walking to the Fendi party.

The mom-to-be glows in belted gray Lanvin at the line’s runway show.

The actresses make a stylish – and brightly colored! – duo backstage at the Miu Miu fashion show.

The stars flank the eccentric Christian Dior designer at his show for his own eponymous line.

With her long leopard scarf, the petite actress adds a spot of the wild to her black outfit at the John Galliano fashion show.

The Yves St. Laurent fan keeps up appearances in the front row with husband Bart Freundlich.

Befitting her Cashmere Mafia alter-ego, the actress is chic in a gray tweed suit at the John Galliano show.

The singer makes time for a little bit of shopping in a tough girl outfit – check out the shiny leggings and leopard print purse! – between fashion shows.

The twins make a shady trio with the Chanel designer after the line’s fall/winter show.

The actress stays bundled up in her gray Louis Vuitton coat as she heads into the designer’s runway show.

The star does her best Audrey Hepburn impression in the front row at the Valentino show – the first designed by Alessandra Facchinetti following the legendary designer’s retirement.

The Louis Vuitton designer hangs out with his director pal – and longtime muse – at the line’s fashion show.

The mini-mogul adds sky-high wedge booties and quirky glasses to her black cupcake coat and miniskirt for the Giambattista Valli fashion show.

The former model looks looks like an old pro, striking a pose in a buttoned-up black dress at the Ungaro fashion show.

The burlesque model mixes sexy and sweet in a purple bow-tied party frock by Elie Saab and leopard-print heels to celebrate the opening of the Just Cavalli boutique.

The Cashmere Mafia star looks summer-ready in her crisp white suit at the Christian Dior show.

The singer makes a bold statement in purple, blue and yellow at the Sonia Rykiel show.

The actresses make a stylish – and brightly colored! – duo backstage at the Miu Miu fashion show. 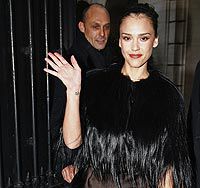 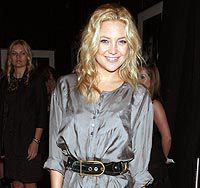 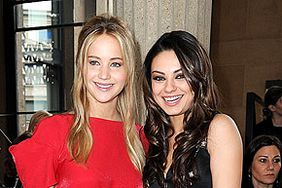 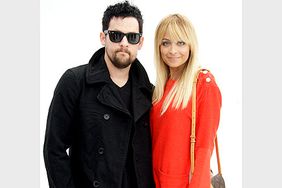 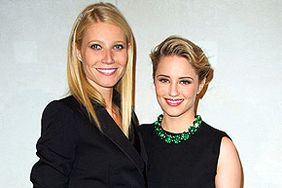 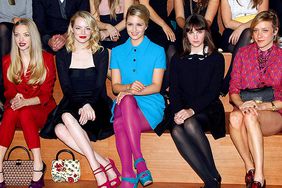