Stars Come Out To Celebrate Karl Lagerfeld in London

Sure, there were models in gold-accented body conscious dresses. But the real scene at Chanel’s Paris-Londres show in London was Karl Lagerfeld, trailed by a butler carrying a tray with a glass of diet Coke. (Meanwhile, fashionistas raved about the canapes — served in trays bearing the famous interlocking “C”s –: duck with fig reduction, foie gras with apple, Laduree macaroons.) But back to the clothes: “That was amazing,” raved Emma Watson (in a black sequinned tank top and black trousers) to PEOPLE of her first Chanel show. “I want it all.” Said a super-slim Lily Allen of designer Karl Lagerfeld: “He’s a genius, isn’t he?” Other guests: Kylie Minogue (who showed her affection for the designer by sitting in his lap), Emma Thompson, Natalia Vodianova, and Vogue‘s Andre Leon Talley, who told PEOPLE of Lagerfeld: “He’s the ultimate renaissance man.” 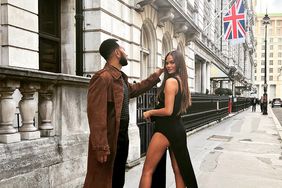 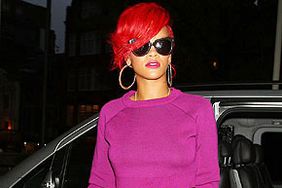