Shailene Woodley On Her Fault In Our Stars Pixie: 'It's So Easy, Man'

The actress dishes on her daring new do

Shailene Woodley has officially joined the ranks of stars with pixie cuts we adore (see also: Hathaway, Anne and Theron, Charlize). And she seems to be as into as we are, going even shorter than before for her role as cancer patient Hazel Grace Lancaster in The Fault In Our Stars.

And though the role gave her a reason she made the cut, she may not return to her longer locks now that she’s experienced the low-maintenance upkeep.

“I love it. It’s so easy, man,” she said at the Elle Women in Hollywood event in Beverly Hills. “I’ve always wanted to cut my hair … so it’s exciting to be able to just be free and chop it off.”

And though she might have been prepared for some differences with the new do, there was one change that surprised her: “I wear so many more scarves!” she shares. “Having short hair reveals to you why it’s so important to cover your neck up, because it gets cold! It’s incredible. Not having hair, the lack of hair, even the weight on your head, reveals so much about your body’s chemistry I cannot even tell you.”

Would you go short like Shailene? How gorgeous does she look with the cute cut?

Shailene Woodley's New Haircut: 'I Want To Go Shorter, But I Don't Think I'm Allowed To!' 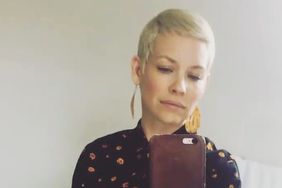 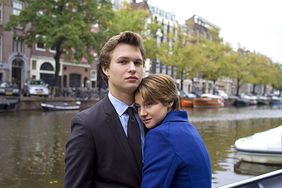