The actress confirmed her engagement to the NFL quarterback during an appearance on The Tonight Show Starring Jimmy Fallon: "We've been engaged for a while"

While The Mauritanian actress, 29, appeared on Monday night's episode of The Tonight Show Starring Jimmy Fallon, she gave viewers a quick look at the sparkling diamond ring Rodgers, 37, gave her for their engagement. As Woodley recounted a recent work trip to Patagonia, Chile, the actress lifted both of her hands up to her chest and for a few seconds flashed the gorgeous accessory on her left ring finger.

For more on Shailene Woodley and Aaron Rodgers' engagement, listen below to the episode of PEOPLE Every Day!

Woodley also confirmed her engagement to Rodgers when host Jimmy Fallon asked about the couple's relationship. "Yes, we are engaged. We are engaged. But for us it's not new news, you know. So it's kind of funny. Everybody right now is freaking out over it and we're like, 'Yeah, we've been engaged for a while,'" the star said.

Fallon replied, "I love that."

Woodley went on to gush about her fiancé and his impressive athletic abilities. "He's first off just a wonderful incredible human being. But I never thought I'd be engaged to somebody who threw balls for a living. Like I never thought as a little girl, I was like, 'Yeah when I grow up I'm gonna marry someone who throws balls!'" she said with a laugh. "But he's really just so good at it. And I'm impressed."

"He really knows how to throw a ball," Fallon added.

Even though the actress admitted she wasn't a big NFL fan before her relationship with Rodgers, she said she's learned to appreciate the sport. "He can throw fast balls. He can throw slow balls. He can throw high balls, low balls," Woodley said. "When I first met him I think my dog pulled me aside and was like, 'If you don't date this dude I will disown you as my mother.'"

While accepting the NFL MVP award on Feb. 6, Rodgers gave his fiancée a shout-out, simultaneously surprising fans of his new relationship status.

"It's an honor to win this award for the third time. 2020 was definitely a crazy year filled with lots of change and growth, some amazing memorable moments. 180 straight days of having my nose hair scraped, playing for very little fans or no stands the entire season," he said, before revealing the big news: "I got engaged."

Insiders told PEOPLE that Rodgers and Woodley immediately clicked over the summer and began spending a lot of time together.

"It was a surprise that they got so close so quickly," a source close to the athlete said. "I mean, it really felt like one day he was with Danica Patrick, and then suddenly he was with Shailene. It happened super fast."

Rodgers was previously dating the race car driver, but the two split in July of last year after two years together, Patrick's rep confirmed to PEOPLE at the time.

Woodley was last linked to rugby player Ben Volavola, whom she reportedly met in Fiji while she was filming the movie Adrift. She revealed that they had split in an April 2020 interview with the New York Times. 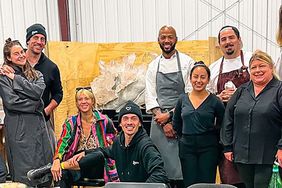