Forget about becoming a princess, we want that dress!

Sofia Hellqvist wore a stunning Ida Sjöstedt dress to her Saturday wedding to Prince Carl Philip of Sweden in Stockholm. The gown featured lace sleeves over a white bodice, looking very similar to Princess Kate‘s wedding look. The 30-year-old former reality TV star topped off her look with a small new tiara that was a gift from King Carl XVI Gustaf and Queen Silvia. (Check out how her bling stacks up against other royal wedding tiaras.) One of her tattoos on the back of her neck was visible with her hair pulled into a chignon.

The dress was made of crepe and silk organza and handmade lace from Jose Maria Ruiz.

While the royal bride kept the designer of her dress a secret leading up to the wedding, there was little doubt that she would pick a Swedish designer for her big day.

Sofia, who famously starred in Sweden’s Paradise Hotel reality show and worked as a model before meeting her prince, has been dating Carl Philip since 2010. The pair announced their engagement last June.

While her TV background had some critics wondering if she was really royal material, both she and Carl Philip have said that there is no tension between Sofia and the Swedish royal family.

“I felt welcome from day one and nothing else,” Sofia said in a pre-wedding interview on Swedish channel TV 4 earlier this month.

Carl Philip, 36, agreed, saying that his parents and sisters (which include Crown Princess Victoria, 37, and Princess Madeleine, 32) were “curious about her, open, and welcomed her with a big hug.”

“I don’t think I knew the magic of love before I met Sofia,” the prince continued. “But ever since I met her, I’ve seen how love can change a person.”

What do you think of Sofia’s wedding day look? Is it as stunning as Princess Kate’s famous gown? Sound off below.

RELATED VIDEO: Who Will Prince William and Princess Kate Pick for Charlotte’s Godparents? 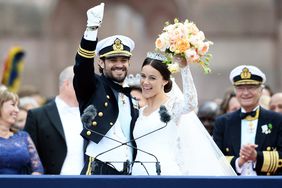 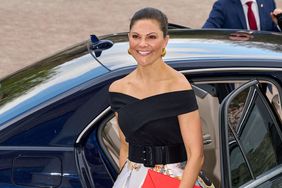 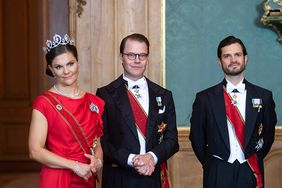 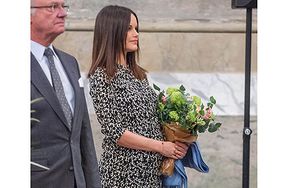