Jennifer Lopez’s bow-embellished Valentino ball gown was one of the most talked about dresses at the Golden Globe Awards. And for the subsequent awards show, JLo came to slay, hitting the 26th Annual Screen Actors Guild Awards red carpet on Sunday night in an elegant look that was just as show-stopping.

The multi-hyphenate star looked gorgeous in a custom black off-the-shoulder gown by Georges Hobeika, which featured a satin neckline, a large bow tied at the back and a long train. Lopez swept her hair back into a bun, leaving a few pieces out to frame her face, and accessorized with $9 million of Harry Winston diamonds (including a 73.55 carat necklace).

Her proud fiancé Alex Rodriguez pulled off his own style home run in a navy velvet tuxedo, making the duo a front-runner for best dressed couple of the night.

Lopez is nominated for outstanding performance by a female actor in a supporting role for her part as veteran stripper Ramona Vega in the drama Hustlers, which she starred in and co-produced.

After the news of her nomination broke, Lopez shared a teary-eyed video on her Instagram, where she expressed her heartfelt reaction to her first-ever ever SAG Award nod.

“I don’t think I’ve ever been nominated for a SAG Award before,” she said in the social media clip. “I am so excited and so humbled to be recognized by my fellow actors out there.”

“Acting was my first love along with dancing and I just can’t believe all this is happening,” she continues.

Jennifer Lopez Tears Up Over Her First SAG Award Nomination: ‘I Feel Like I Already Won’

Last year marked a monumental time in Lopez’s life — personally and professionally. She turned 50 and headlined a celebratory “It’s My Party” music tour; racked up a number of award nominations for Hustlers, and began her training for her upcoming Super Bowl appearance (she’ll be performing alongside Shakira at the half-time show). And she shows no signs of slowing down.

“It just shows you that dreams come true,” Lopez told PEOPLE of her many career highlights in December, when she and three other stars (Michelle Obama, Jennifer Aniston and Taylor Swift) were celebrated as PEOPLE’s People of the Year. “But you have to work at it and not give up. The key is the not giving up part. For me, it’s not a choice. You can’t stop.”

From In Living Color to Hustlers: Jennifer Lopez’s TV and Film Roles Through the Years

Lopez’s “never give up” mantra is something that inspires her stylists Rob Zangardi and Mariel Haenn when they are curating the megastar’s wardrobe.

“JLO commands any room and moment,” her Zangardi told PEOPLE last year. “Not only is her beauty so captivating, but she really knows how to make statements that grab attention with elegant authority.”

Haenn added: “It’s so exciting working with someone as timeless as JLo. She is such an incredible collaborator — as a stylist, it’s always so exciting to work with someone who can be endlessly transformative and daring.” 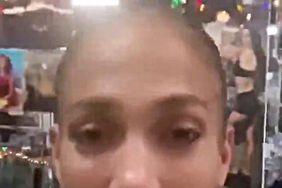 Jennifer Lopez Tears Up Over Her First SAG Award Nomination: 'I Feel Like I Already Won' 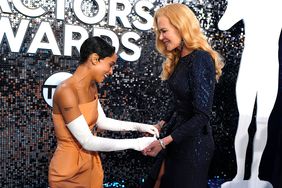 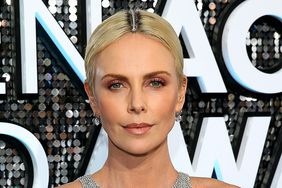 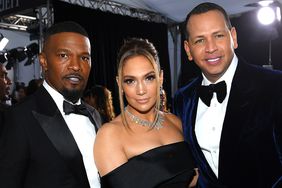 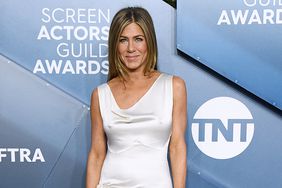