Rose kept warm with a black faux fur jacket, which she showed off in an Instagram photo surrounded by zombies

Orange may be the new black, but who says the two colors can’t work well together?

Ruby Rose may play a badass fighter who is desperately in need of a shower in Resident Evil: The Final Chapter, but she was nothing short of glamorous at the film’s premiere.

The 30-year-old actress hit the red carpet in Los Angeles Monday night donning a black and orange full-length dress by Vionnet. The gown’s intricate neckline, featuring gold chain details, was balanced out by a flowy bottom. Rose also showed off her fully inked arms in the strapless ensemble.

Standing next to her chic costars Milla Jovovich and Ali Larter, who she called the “Dream Team” on Instagram, you would never picture the three beauties slaying hoards of the undead.

Rose kept warm with a black faux fur jacket, which she showed off in an Instagram photo surrounded by zombies.

“Let’s just say it takes a lot more than a few zombies to scare me.. and yes I have the biggest faux fur collection known to man,” the Australian model captioned the snap on Twitter.

Rose, who came out as lesbian at age 12 and identifies as gender fluid, recently opened up about her decision not to undergo gender reassignment surgery.

“I’m a woman … I want to have babies one day, so I’m glad I didn’t make changes earlier in my life,” the Orange Is the New Black star told The EDIT.

Although she had started saving money for the surgery, she eventually decided against it.

“I had this jar that I would collect dollars – in fact, we were so poor, it would have been cents. So I probably had 19 cents to go towards this surgery that I didn’t really know a lot about. I think I had seen like a daytime documentary, probably something on Oprah and I was like, ‘That’s what I’m going to do.’ And so I started saving from probably the age of 5,” she said in 2015.

Rose, who quickly became a role model for others in the LGBTQ community for being so open about her sexuality, says she wants to help people who are struggling.

“I want to be the person I wished was around when I was growing up,” she tells The EDIT.

What do you think of her latest look? 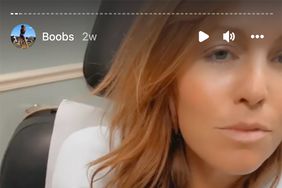 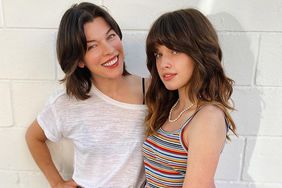