If anyone could pull off the socks with heels trend it's Rihanna, with crystal $1,340 Gucci stocking socks no less.

NOT SO VERY LOW-KEY TULLE

What a casual Tuesday looks like for Rihanna: wearing a Giambattista Valli dress made completely out of blue tulle, sneakers and cool sunglasses.

There are very few people who can rock denim from head-to-toe and Rihanna is one of them in this Tom Ford ensemble.

Rihanna's take on the classic LBD means being anything but classic.

Rihanna absolutely nailed this season's biggest color trend (and we should all stop trying). She looked radiant in a yellow Oscar de le Renta ballgown that she paired with a cropped shirt in a matching golden hue for her Fenty Beauty launch.

The singer really brought her shine factor to the Sephora launch of Fenty Beauty in N.Y.C. wearing a mini black dress adorned with shiny embellishments and over-the-knee sparkly boots.

RiRi channeled her feminine side with this light purple Molly Goddard dress she wore to the launch of her Fenty Beauty line in London.

We almost didn't notice Rihanna chose to wear a bra to the premiere of Valerian and the City of a Thousand Planets, because we were too busy staring at her standout pink sunnies and the sequin, fringe and feather adornments on her Prada two-piece ensemble.

The pop star balanced out her voluminous Giambattista Valli gown with a whole lot of sex appeal up top.

Riri wore a gown worthy of a fairytale princess to the L.A. premiere of her new film Valerian.

Only the bad gal could make a totally sheer top and combination pant-boots look this nonchalant.

FRESH OFF THE RUNWAY GUCCI

The singer channeled the Talking Heads' David Byrne in this super oversized suit.

Of course, Riri had to give the Cannes red carpet her own unique twist, pairing her white Dior gown with a teeny-tiny pair of sunglasses.

No that's not Elton John stepping out of the club, it's just Barbados' baddest.

This is a woman who knows how to dominate even a red carpet packed with the biggest style stars on the planet, showing up this year in a Comme des Garçons sculptural floral explosion.

If Britney Spears circa the 2001AMAs had a baby with a centaur, Riri in this outfit would undoubtedly be the result.

Rihanna brings you Little Edie realness with a streetwear twist.

A white linen jodhpur would be enough of a fashion risk for your average woman to handle, but Rihanna takes it one step further adding on a pointy, white elf shoe.

We want to say this isn't a thing, but get back to us two years from now when we're all wrapping our hair up in trackpants and wearing floor-length mattress coats.

Mastering a single trend is no longer a challenge for someone like Riri, which is why she likes to go all out with her lewks, accidentally inventing five new style crazes in the process.

It's a rare woman who can borrow a belt from Santa's closet and make it look nonchalant.

Rihanna doesn't just throw on jeans and sweats when she wants to go low-key - she swathes herself in tons of print fabric and adds super-strappy heels.

Regular athleisure is so 2015. This year, it's all about black tie athleisure or bust. After all, if your sportswear doesn't come with a bedazzled Juicy opera glove and tons of diamonds, what's the point?

TEES THAT WILL BLOW YOUR MIND

Only a true icon can wear a T-shirt that instantly gets turned into another T-shirt, which then turns into a meta Inception-style fashion moment when she wears the finished product.

Pants do feel a little irrelevant when you're wearing a puffer coat that's three feet thick.

Lil' Kim has got to be furious she didn't get her hands on this maribou-trimmed bra first.

Who but Rihanna could manage to make the heart emoji look ... kind of sexy?

It's not fair-y that no one but Rih could look so cute in electric green tulle.

She actually managed to make chaps a thing. Enough said.

Have we mentioned Rihanna's a bit of a maximalist?

A fur stole worn as a belt over a fur mini dress on a balmy 40-degree night? Why not.

Showing off frostbitten lips before Queen Elsa made them cool.

Giving us a TLC "Creep" moment in a silk robe, pajama pants, and sheer lace bra.

Pro FENTY Tip: Your Hermès scarf can always double as a very tiny top in a pinch.

Who needs pasties when you can have 3D breast ornaments designed by Tom Ford (that were inspired by you in the first place)?

The only appropriate ensemble for a woman about to accept a CFDA Fashion Icon Award is a dress that's not really a dress at all.

While everyone else is still wearing statement tees, Riri's already moved on to a statement fur stole.

FUR INSTEAD OF A SHIRT

No shirt? No problem. That fur wrap is probably warmer than most of her usual tops anyway.

A very '80s mob boss's wife moment just for a change of pace. (She liked the sweatband veil so much, she later made her own.)

If there's one thing Rihanna doesn't know how to do, it's blend in.

For when you're feeling conservative, but still want to show off a little bit of everything.

Our only question is: What is the storybook shepherdess supposed to wear now that the pop star has clearly raided her lingerie drawer?

While these types of bras are a staple at every West Indian Day parade, only on Rihanna do they look like just another casual aspect of her ever day apparel.

And finally, a train isn't truly a train unless it requires three men to help you carry it up the Met Gala steps. 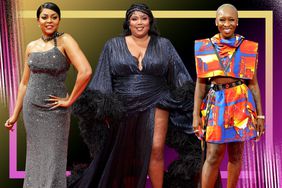 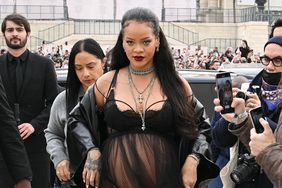 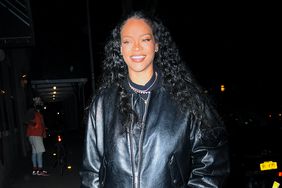 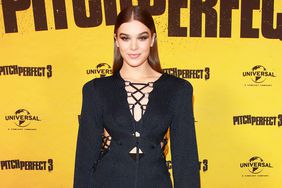 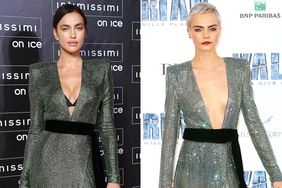