In case you were somehow still unaware, Paris Hilton is an icon, and she knows it. While the heyday of the woman who revolutionized reality TV and single-handedly brought the selfie to the masses is almost a decade behind her, much like the brand she helped champion to fame, it seems both the heiress and Juicy Couture are back and in the trademarked words of Hilton herself, “That’s hot.” Paris is so enamored with the brand she even made a New York Fashion Week cameo at their latest presentation to cement the fact that Juicy tracksuits were, are, and will forever be the most important look of the millennium.

When asked by InStyle about whether she is as into the 2017 revival of Juicy Couture as she was the first time she made the style so popular in the aughts, the heiress enthuses, “Yes! I’m actually wearing one right now—it’s black. I love them. I literally own so many and I just bought a whole bunch of new ones. They’re so comfortable, and I never stopped liking them. I don’t know how people didn’t like them, but it’s really cool to see that they’re coming back in such a huge way. There’s no sweat suit that’s this comfortable and looks good. I love that Juicy’s back!”

In 2016, she also told PeopleStyle about her Couture collection, “Oh yeah, I have them all. I always wear them. I’m still obsessed. I don’t like other sweatpants—there are so many [new brands] but they’re all tight at the bottom. I like Juicy because they’re open, and you can wear tennis shoes and still get them on.”

And Paris seems poised to be just as influential in championing the brand’s return now as she was back then, attending their Spring/Summer 2018 presentation on Wednesday held at the 620 Loft & Garden venue overlooking Rockefeller Plaza, and heralding Juicy’s triumphant return to New York Fashion Week. For the occasion, the socialite wore one of the label’s signature styles, a matching set composed of a pale yellow terrycloth hoodie and short shorts embellished with plenty of rhinestones, but of course. And given her natural understanding and affinity for all Juicy everything, a Paris Hilton collaboration collection can’t be too far off.

What do you think of Paris’s latest Juicy look? Are you excited for the return of the brand? Sound off below! 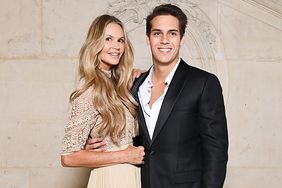 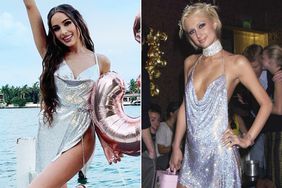 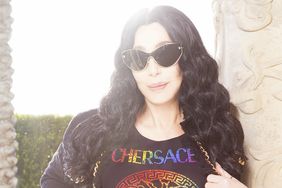 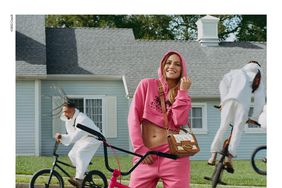 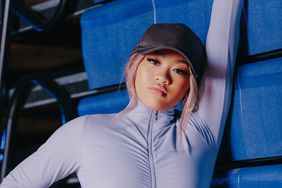