On Sunday evening, the famous director arrived on the 2020 Oscars red carpet wearing a custom purple Gucci suit, lined with gold trim and featuring the number 24 — a nod to the late Los Angeles Lakers player’s famed jersey number — on the lapels and the back of the suit. The Oscar-winning director accessorized the suit with a white dress shirt, a grosgrain bow tie, matching purple glasses and hat.

Last year, Lee took home the Academy Award in the category of Best Adapted Screenplay for his film, Blackkklansman. The filmmaker celebrated his win by jumping into Samuel L. Jackson’s arms after the actor presented him with the award onstage.

Lee was joined on this year’s red carpet by his wife, Tonya Lewis, and shared a photo of the pair on Instagram before heading out to the big show.

“Da Lee’s Are In Da House,” he captioned the photo with three purple hearts.

While chatting with Ryan Seacrest on the E! Red Carpet pre-show, Lee said of his red carpet look honoring Bryant, “Tribute, honor, homage. We all miss him.”

Bryant took home an Oscar in 2018 for Best Animated Short for his sweet film Dear Basketball, based on a poem he wrote about the sport when announcing his retirement in 2015. Bryant worked with animator Glen Keane to bring the short story to life, which Bryant also narrated.

Lee added that he did not attend the awards show the night the Bryant won, recalling to Seacrest, “he beat me.”

“You know, we just gotta love, we gotta love each other man all this other crazy stuff that’s happening now, you know what I’m talking about we gotta squash that you know we just gotta, for Vanessa, the family,” he told Porter, seemingly referring to negative headlines following the NBA player’s death. “Peace and Love, Peace and love. You know, spreading love is the Brooklyn way.”

A spokesperson for The Academy of Motion Picture Arts and Sciences told PEOPLE the Sunday night ceremony will pay tribute to the late basketball legend. (The Hollywood Reporter first reported on the news.)

Bryant died at 41 in a tragic helicopter crash that also killed his 13-year-old daughter Gianna and 7 others on Jan. 26.

He continued, “I heard a lot of people tell me, ‘What are you going to do when you retire?’ I want to be a writer and a storyteller. I got a lot of, ‘That’s cute.’ I got that a lot. To be here right now and have a sense of validation, this is crazy.” 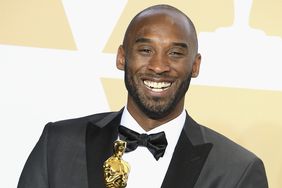 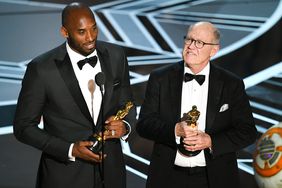 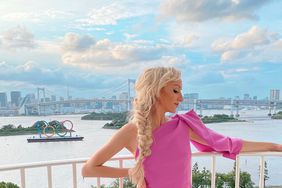 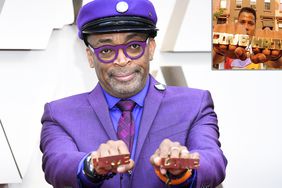 All About Spike Lee's Symbolic Oscars Look, from 'Love' and 'Hate' Rings to His Prince Tribute