Jane Fonda has long known how to make a statement, and that extends to her time on the Oscars stage. To present Best Film at the 2020 Academy Awards, the actress, 82, took the stage in a gray pixie cut and a crimson beaded Elie Saab gown she previously wore to Cannes in 2014, and carried the cardinal-red coat she previously declared was “the last article of clothing I will ever buy” as part of her ongoing climate change protests.

Fonda has been an outspoken activist on the subject of climate change, having been arrested numerous times during her Fire Drill Fridays protests at the U.S. Capitol. She most recently held a protest (her 15th) in L.A. the Friday before the Oscars, where she was joined by Best Actor nominee Joaquin Phoenix, who spoke about climate change in his winning speech Sunday.

“This is the front line of the climate crisis here in California,” Fonda said at Friday’s protest. “And literally what happens here, can impact the rest of the country and the rest of the world.”

Fonda wasn’t the only one who addressed issues of sustainability and eco-consciousness through fashion Sunday night; Kaitlyn Dever opted for eco-friendly fabrics, Margot Robbie wore vintage and Elizabeth Banks rewore a gown she previously wore in 2004. But she has been one of the most outspoken when it comes to her commitment to consuming less as a means to help the planet.

That means rewearing the gown she previously wore in 2014 to the Grace of Monaco premiere in Cannes (this time pairing it with Pomellato jewelry, which she said she chose “because it only uses responsible, ethically harvested gold and sustainable diamonds“) and carrying the coat that’s become an iconic symbol of her Capitol Hill arrests. After being arrested it in a fourth time, she told the crowd, “You see this coat? I needed something red and I went out and found this coat on sale. This is the last article of clothing that I will ever buy. When I talk to people and say, ‘We don’t really need to keep shopping. We shouldn’t look to shopping for our identity. We don’t need more stuff,’ I have to walk the talk. So I’m not buying any more clothes.”

Fonda also made a statement with her silver pixie haircut, a first for the actress, whose tresses have long been styled in a highlighted, curled blonde bob. She didn’t address the change on her Instagram, but colorist Jack Martin shared a shot from the seven-hour transformation the day before the awards. “Spending 7 hours with this amazing Hollywood star and witnessing her energy, beauty, strength and femininity was so inspiring,” he wrote. “She made me feel ashamed to complain of being tired!”

Fonda also has been having fun with her general red carpet persona in the last few years. Though the onetime fitness phenomenon is known for her famously youthful looks and figure, she also has been very candid on social media about the work that goes into red carpet appearances – including posting a hilarious photo from the morning after a 2018 gala showing that she slept in her gown after she wasn’t able to remove it. 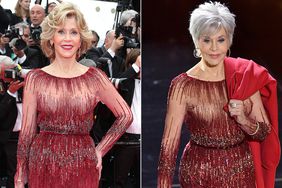 Jane Fonda's Hair Colorist on Her Gray Pixie Cut at the 2020 Oscars: 'She's Not Afraid of Change' 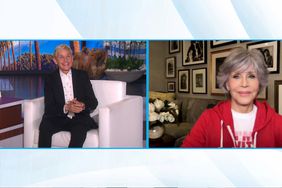 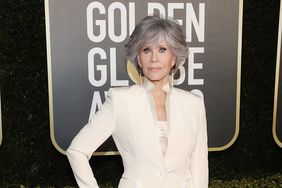 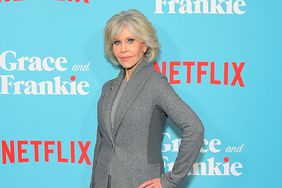 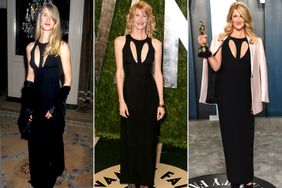 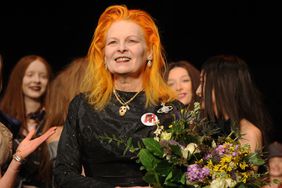 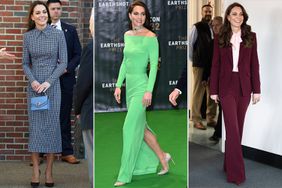