Twitter has some strong feelings about Nicki Minaj's new gig

Despite her now-infamous fight with Cardi B at a New York Fashion Week party, Nicki Minaj has maintained a strong presence at various shows and events during the Fashion Month circuit. But her latest style partnership has some divided.

The rapper was tapped by Italian label Diesel to front the brand’s new anti-bullying campaign — and fans were quick to point out the irony.

Minaj joins Gucci Mane, Bella Thorne, Tommy Dorfman and Yoo Ah-in as a brand ambassador for Diesel’s Fall/Winter 2018 “Hate Couture” collection, which features pieces emblazoned with hateful comments each of these stars have received on social media. (At the Milan event on Wednesday, Minaj wore a Diesel jacket from the line that read, “The Bad Guy.”)

As part of the limited edition collection’s fight against cyber-bullying, a portion of the proceeds from each sale will be donated to the Only The Brave Foundation, a non-profit organization that supports anti-bullying programs.

However, Twitter quickly started calling out Diesel for including Minaj in the project knowing her history of vicious feuds with celebs like Cardi, Taylor Swift, Miley Cyrus, Mariah Carey and more. One person tweeted, “@NICKIMINAJ as an anti-bullying beacon??? Bringing issues to light HOW?? By showing ppl what NOT to do? Lmao this a whole joke.”

“lmao! really @DIESEL? “nicki minaj” is one of the biggest bullies in the entertainment industry & has took part in tons of “cyber-bullying!” smh! ya’ll say she is receiving “hate?” actually it’s a backlash due to her actions! I call it “karma!” lol! smh! this is beyond pathetic!” another person wrote.

Diesel addressed social media’s reaction in a tweet saying, “We’re here to support anyone who’s getting hated on, and Nicki is one of them.”

But Minaj isn’t letting the backlash stop her from enjoying the rest of Fashion Month. Earlier on Thursday, the rapper dressed in head-to-toe Fendi-printed clothing (including a matching cropped puffer jacket, leggings and handbag) for Karl Lagerfeld‘s Spring/Summer 2019 show where supermodels Kendall Jenner, Kaia Gerber and Bella Hadid put the newest designs on display.

RELATED PHOTOS: All the Must-See Photos from London Fashion Week

Cardi’s kept a lower profile since the physical altercation with Minaj, just making her first public appearance backstage at the Wells Fargo Center in Philadelphia, where her husband Offset was due to perform with his hip-hop collective, Migos.

Minaj and Cardi’s massive fight went down at the Harper’s Bazaar ICONS party during New York Fashion Week on Sept. 7.

“It all happened 20 seconds after Kelly Rowland left Nicki Minaj — she was in between them,” a party guest told PEOPLE, adding that Rowland, “said hi to both of them first” before leaving to go upstairs. (A rep for Rowland had no comment.) While the insider said it initially looked like Cardi and Minaj “might hug it out,” suddenly “it all went down.”

“Cardi walked towards Nicki and all of a sudden Cardi started screaming something about her child. She was yelling, ‘Bitch you feisty. Bitch don’t talk s— about my child’ at Nicki,” the source continued.

After the fight, Cardi was escorted out of the building by security and photographed walking barefoot with her dress torn and a large lump on her forehead. Though it remains unclear how she sustained the injury, an insider maintained that Minaj was not responsible for the knot.

“Nicki Minaj definitely did not hit Cardi. I didn’t see who hit her,” the source explained. “It was a big mob at one point. It could have been anybody. Definitely not Nicki Minaj.”

Shortly after leaving the bash, Cardi addressed the incident on Instagram in a scathing post, but did not mention Minaj by name.

“I’ve let a lot of s—! I let you sneak diss me, I let you lie on me, I let you attempt to stop my bags, f— up the way I eat! You’ve [threatened] other artists in the industry, told them if they work with me you’ll stop f—ing with them!!!” she penned.

“But when you mention my child, you choose to like comments about me as a mother, make comments about my abilities to take care of my daughter is when all bets are f—— off!!” Cardi said in reference to her 9-week-old daughter Kulture Kiari with husband Offset.

Three days after the incident, Minaj broke her silence about the altercation. “The other night I was part of something so mortifying and so humiliating to go through in front of a bunch upper echelon… people who have their life together,” she said during an episode of her Queen radio show on Apple Music’s Beats 1.

Minaj added, “I was in a Gaultier gown — off the motherf—ing runway — and I could not believe how humiliated we all felt.” 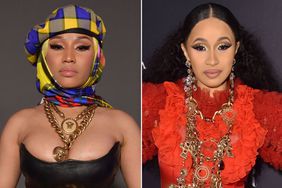 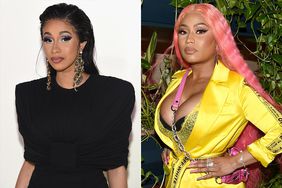 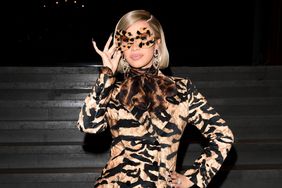 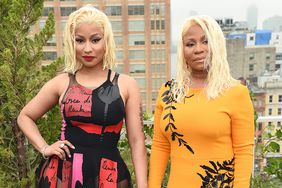 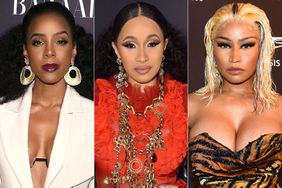 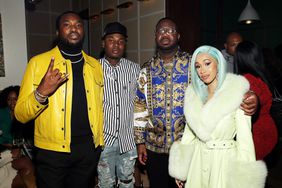 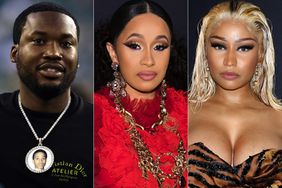