It's also reported  Amoruso will step down as executive chairwoman

Updated 11/16/2016: WWD reports that a judge has granted Nasty Gal permission to continue to access a $20 million dollar loan (over the objections of its creditor) until a final ruling on the loan is decided in bankruptcy court next month.

Your favorite fashion destination for party dresses and trendy accessories, Nasty Gal, just filed for Chapter 11 bankruptcy in the Central District of California. And reportedly, its founder Sophia Amoruso is also expected to step down as executive chairwoman.

Nasty Gal has been heralded as one of the fastest-growing retail start-ups in the business, but within the year it’s encountered a few setbacks. In early 2016, the company laid off 10 percent of its staff and in September it was “aggressively” looking for a buyer. And in the petition filed on November 9, the 20 largest unsecured claims filed by creditors total $4,546,467.91.

Nasty Gal’s chief executive officer Sheree Waterson issued a statement about what the bankruptcy filing means to the future of the company. “Our decision to initiate a court-supervised restructuring will enable us to address our immediate liquidity issues, restructure our balance sheet and correct structural issues including reducing our high occupancy costs and restoring compliance with our debt covenants,” said Waterson in a press release to Fortune. “We expect to maintain our high level of customer service and emerge stronger and even better able to deliver the product and experience that our customers expect and that we take pride in bringing to market.”

Sources tell Recode Amoruso will resign as executive chairwoman, although Nasty Gal has yet to confirm the news. Last year she stepped down as CEO to make room for someone who could take the company to “the next level of maturity.” She’s since published a second book, produces a podcast and has a Netflix series in the works. (It’s being produced by Charlize Theron and New Girl creator Kay Cannon. #NBD.)

Amoruso launched the online retailer in 2006 to service the “girl in progress” after starting out in the business selling vintage pieces on Amazon. As she once told PEOPLE, the clothing was meant to empower its customers: “We can dress you to take on the world and achieve your dreams.”

She spoke with PEOPLE in June about her rise to becoming a successful businesswoman, revealing that she started out by stealing books and reselling them on Amazon. “I was doing that as a teenager because I thought capitalism was evil,” she said. “I thought corporations were evil. I thought that they were faceless and if I stole from them, I’m not hurting anybody. It’s not a noble thing to do.”

She later started selling vintage finds before she designed her own clothes that maintained a vintage vibe. In June, Amoruso reached Forbes‘ list of Richest Self-Made Women with an estimated net worth of $280 million.

Are you surprised by the bankruptcy news? Share below. 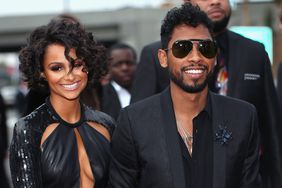 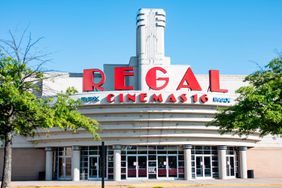