The brand's new sexually explicit ad is sparking some debate

NARS latest risqué advertisement shouldn’t be too shocking for fans of the cosmetics giant. (It’s the same brand that’s known for the best-selling Orgasm blush shade.) But some people on social media are finding the company’s latest social media play NSFW.

On Sunday, the makeup brand shared a video on its Instagram account, showing off its new Morocco Lipstick as it morphs from a penis-like shape (the lipstick formula resembles skin) to its original bullet form featuring the NARS logo.

“When the nudes keep you up all night. Reach the dawn with Morocco Lipstick, a warm cinnamon. #NARSAFTERHOURS,” the cheeky caption reads.

While NARS is known for its creative and at times controversial product names beloved by customers, a few consumers think the brand took its latest ad too far.

After journalist Yashar Ali Tweeted the ad, pointing out the suggestive caption, others on Twitter were not shy about sharing their opinions.

One Twitter user replied to Ali, “Their PR Dept. needs restructuring. Or fired,” while another commented, “This makes me want to buy one, said no one ever. Gross.”

But not everyone took the ad so seriously — and even celebrities are chiming in.

Chrissy Teigen replied to the tweet, “honestly in love with this color and now I must have it to soften my boner.”

Another Twitter user commented on the critic’s post, “I mean….they have an entire line of products called Orgasm so this is kinda par for the course for them,” while a different user replied, “This ad just cured my dry spell.”

NARS did not immediately reply to PEOPLE’s request for comment.

François Nars, the legendary makeup artist and creator of NARS, told PEOPLE in 2017 that he’s always thinking of new names for the brands’ hot-selling products as a way to give them “an identity.”

“By calling it a very specific name, a woman would fall in love with the product even more because it has more personality,” he shared. “I try to find intelligent names that really mean something. It can be a country, it can be a sensation, an emotion, movie, whatever, but something that would really click.”

The new 12-shade lipstick line can be purchased on the retailer’s site. 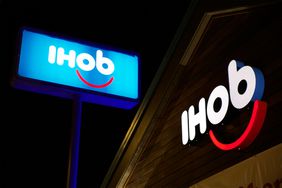