In honor of the supermodel's 52nd birthday, we're taking a look back at some of her most iconic shots

Fifty-two years ago, fashion history changed forever with the birth of Naomi Campbell. The British supermodel, born May 22, 1970, in London, would become a trailblazer for women of color in the industry. Her signature strut quickly catapulted her to stardom as she walked the runway for Azzedine Alaïa, Karl Lagerfeld and more.

In honor of the new mom and fashion legend's birthday, we're looking back at some of this ageless beauty's most iconic photos over her decades-long career in the industry.

Discovered at just 15, Campbell quickly rose to fame after she signed to Synchro, landing the cover of British Elle just a few months later. Here, she's pretty in pink at a 1987 Karl Lagerfeld fashion show in Paris.

Pictured the following year in another Paris fashion show, Campbell made a compelling case for polka-dot swimwear (and, somehow, four hats stacked on top of each other).

"When I started out, I wasn't being booked for certain shows because of the colour of my skin. I didn't let it rattle me," Campbell wrote of her experiences with racism in the industry in her eponymous 2016 autobiography. "From attending auditions and performing at an early age, I understood what it meant to be black. You had to put in the extra effort. You had to be twice as good."

Here, the long-legged trio kick up their heels with renowned fashion editor Polly Mellon at The Fashion Group International's 6th Annual "Night of 100 Stars" in 1989.

Campbell strutted her stuff in a red velvet robe and black lingerie in this luxe fashion show.

At 18, the supermodel turned heads at the Yves Saint Laurent 1988 Spring/Summer Ready-To-Wear show.

Campbell and Kate Moss' friendship dates back to the early '90s. Over the years, the two have been there for each other through the good, the bad and the very, very sheer.

The It Girls twinned in chainmail dresses and smoky eyes at the De Beers/Versace Diamonds Are Forever party in London in 1999.

Who needs an ornate chandelier when you've got Naomi to light up the runway? Decked in feathers, the young supermodel stole the spotlight at the 1987 Yves Saint Laurent Autumn/Winter show in Paris.

Campbell debuted a chic cropped 'do in the late '80s, seen here on the runway for Chanel in 1989.

Campbell is close with former Vogue editor André Leon Talley. Here, the friends crack up at the Tanqueray Sterling Ball in 1989 in New York City.

After her belongings were stolen on one of her early trips to Paris, Campbell was introduced to designer Azzedine Alaïa — who soon became a father figure to her, she recounted in her autobiography, excerpted in The Guardian.

"From then on, whenever I was in Paris, I stayed with Azzedine," she wrote. Here, she's pictured in 1991 in one of the late designer's iconic pieces — which also caught the eye of Kim Kardashian in 2018.

Campbell interviewed her longtime pal and fellow supermodel Cindy Crawford, pictured with her here in 1992, for the debut episode of her No Filter with Naomi YouTube series.

Campbell and former South African President Nelson Mandela, who lovingly referred to her as his "honorary granddaughter," were captured in an emotional embrace during her 1998 trip, which saw her host a Versace fashion show in support of Mandela's Children's Fund.

Among her many famous friends in the industry is Iman, whom Campbell referred to as a "mother figure." Here, the pair shared a smiling embrace in 1988.

Campbell and BFF Linda Evangelista shared a playful smooch in this 1991 shot.

Dripping in gold, all eyes were on Campbell's barely-there ensemble during the Christian Dior 1997/98 Fall/Winter fashion show.

Can you believe it's been more than 20 years since this photo was taken?! It would appear that Madonna and Campbell discovered the fountain of youth. The duo were all smiles at the 9th Annual Fire and Ice Ball in December 1998

The fashion icon posed with her first book, Naomi, in 1996. 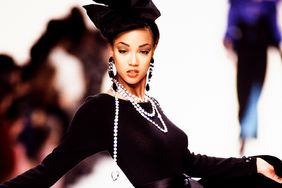 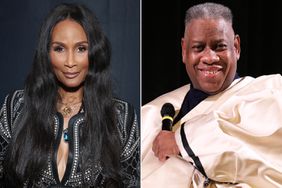 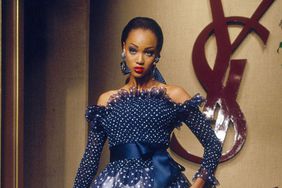