The iconic supermodel rose to runway superstardom in the '90s serving as a muse for brands including Versace, Chanel and Alexander McQueen

Model Stella Tennant has died suddenly at the age of 50.

The supermodel's passing was confirmed by her family on Tuesday morning.

"It is with great sadness we announce the sudden death of Stella Tennant on December 22, 2020. Stella was a wonderful woman and an inspiration to us all. She will be greatly missed. Her family asks for their privacy to be respected. Arrangements for a memorial service will be announced at a later date," Tennant's family said in the statement obtained by The Guardian.

Shortly after the news broke, British Vogue editor-in-chief Edward Enniful posted a tribute to the model on Instagram. "R.I.P kind and wonderful Stella. My thoughts and prayers are with your family 🕯," he said alongside a Vogue cover graced by Tennant.

The team at Versace also shared a tribute to the late model, writing, "Versace is mourning the death of Stella Tennant. Stella was Gianni Versace's muse for many years and friend of the family. We will miss you forever Stella. Rest In Peace."

Tennant broke into the fashion world in the early '90s and modeled alongside the reigning supermodel squad of the decade including Naomi Campbell, Kate Moss and Claudia Schiffer. The runway regular ruled the catwalks for all the high-fashion brands over the past 30 years, including Chanel, Balenciaga, Alexander McQueen, Valentino, Versace and Jean Paul Gaultier.

Known for her androgynous look and short pixie hairstyle, Tennant's bold style captured the attention of the late Karl Lagerfeld, who named her a face of Chanel in 1996. That same year, Tennant debuted the head-turning Chanel micro-mini bikini during the label's Haute Couture show, which went on to become a famous look in the pop culture history of runway fashion, referenced by many and worn by Kim Kardashian West, who modeled the look on Instagram over two decades later.

"She's totally modern, but not without roots of what is considered elegant in the past," Lagerfeld told the New York Times. "Stella has lots of class."

Tennant was also famous for her aristocratic heritage — her grandparents were the 11th Duke and Duchess of Devonshire — but she never let her background define her. "Everyone wants to write about me because my grandparents are titled, because I'm the granddaughter of the Duke and Duchess of Devonshire," she told the New York Times in 1996. "Sure, that's part of who I am; I mean, I love my family, but that's not who I am."

Tennant, who married French photographer David Lasnet — with whom she shares four children — in 1999, didn't slow down her modeling career as she got older.

In 2012, she was inducted into the Scottish Fashion Awards Hall of Fame and she walked runways every season leading up to her passing. Tennant's final fashion show appearance was at the Valentino Haute Couture Spring/Summer 2020 runway in Jan. 2020.

"I said I wasn't going to model after having my son," she told the Wall Street Journal in 2012. "Now I just think, 'Fine, I enjoy the people a lot.' And I haven't found a better part-time job." 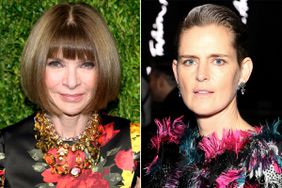 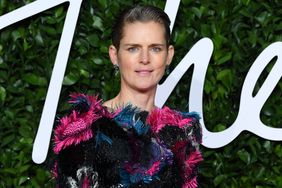 Stella Tennant's Family Confirms Model Died by Suicide: 'She Was a Beautiful Soul' 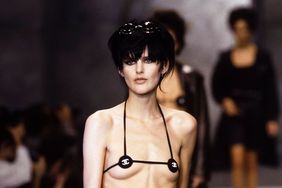