Missy Elliot had a small “misdemeanor” with her accessories at the 2019 MTV Video Music Awards.

Two days after the superstar won the esteemed MTV Video Vanguard Award on Monday night, she revealed she lost one of the dazzling diamond necklaces she was wearing backstage.

“Anyone found this necklace at the VMAs backstage or know anything about it there’s a reward,” the rapper wrote in an Instagram story with a close-up of her jewels, pointing out that the one MIA is the shorter of her multiple chains.

It appears the singer may have been wearing it before her electrifying performance on stage. When she returned post-performance to accept her award she wore one long chain with a diamond “Iconic” pendant.

Then hit up the star-studded afterparty with the same chain, and hoop earrings on, swapping out a few of her diamond rings for statement pieces.

The Boldest Beauty Looks on the 2019 MTV Video Music Awards

The 48-year-old performed a medley of her hits including “Past That Dutch,” Work It” and “Lose Control” and welcomed back a star from her “Work It” music video, Alyson Stoner, who first made a name for herself as a young dancer in the 2002 video.

Then Elliott a heart-felt “grateful” and “humbled” speech to accept the award, which she dedicated to the dancing community.

“I promised I wouldn’t cry this time because I cry at every awards. But this Michael Jackson Video Vanguard Award means so much to me,” Elliott began. “I’ve worked diligently for over two decades and I never thought that I would be standing up here receiving this award, so it means so much to me. I promise y’all, it don’t go unnoticed the support and love you’d showed to me over the years.”

“Lastly, I want to dedicate this to the dance community all around the world. Because when you get on the stage with these artists … y’all are not just props. Y’all are the beat to the heart,” Elliott said.

Just days before the award show, Elliott dropped her first EP since her 2005 album The Cookbook with Iconology.

On its first track “Throw It Back,” she refers to her collection of VMA awards with the lyrics, “Not many can do what I do / So many VMAs that I could live on the moon.”

Elliott has racked up seven Moon Person awards and has been nominated for 41 since the start of her career. 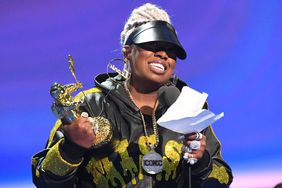 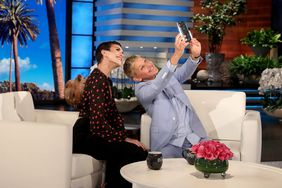 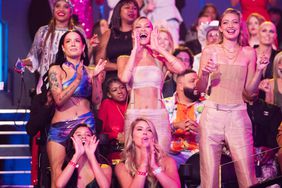