Miley Cyrus Talks the Upside of Having Dolly Parton as Godmother: 'Her Closet!'

The singer has someone better than a fairy godmother to dress her — she has Dolly Parton!

Miley Cyrus has someone better than a fairy godmother to dress her — she’s got Dolly Parton!

The 24-year-old singer is Cosmopolitan‘s September cover girl, and she opened up to the magazine about Parton’s influence as her godmother. On top of having a go-to genius for voice lessons and song lyrics (if you’ve never heard Cyrus’ cover of Jolene, it’s time to listen), there’s another major perk to her relationship with the 71-year-old country star.

She added, “Seriously, watching the way she treats people with love and respect. Always a reminder to me and my family of what is important. Never let success change your heart.”

Perhaps Cyrus could have used her godmother’s fashion sense early in her career. The former Disney Channel star admitted to the magazine that her least favorite outfit choice is, well, “pretty much 2008-2013.”

“The Grammys were rough and tough for me,” The Voice judge said. “Yoikes!”

But there are other looks that she has no regrets about. For her favorite look ever, she responds, “2015 VMAs! Versace!”

Her array of eyebrow-raising ensembles during her 2015 hosting gig at the MTV Video Music Awards certainly had people talking. And we’d have to agree with Cyrus: Who could forget that “naked” Versace look paired and with silver thigh-high boots?

What do you think of the singer’s Cosmo cover? Do you agree with her wardrobe assessment? Share below! 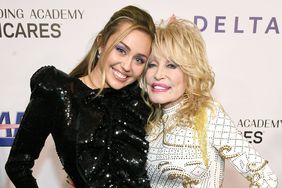 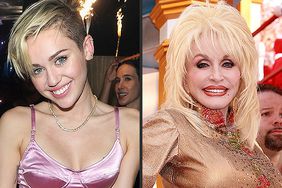 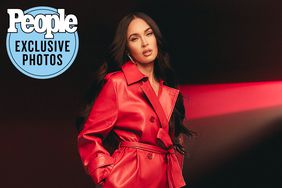 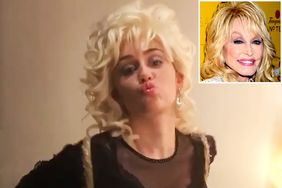