As the coronavirus (COVID-19) pandemic continues to cause global concern, the fashion industry has seen shows halted, collections cancelled and designers struggling to decide what's next. After months of industry leaders strategizing about the future of fashion, Milan has taken steps to keep delivering style to the world.

“Our initial plan was to hold the event in mid-June, but having just restarted production, the timing didn’t work as the collections will be ready around the second week of July,” said Carlo Capasa, President of the Camera. After two months in lockdown, Italy has only begun lifting sanctions as of May 4.

While Capasa confirmed that brands like the Ermenegildo Zegna Group will be involved, he further explained that the choice of format resides with the designers, "whether a film, a show behind closed doors, backstage images of an ad campaign shoot or interviews."

He continued, "Each will be able to decide depending on its own structure and organization – some will show pre-women’s, other pre- men’s or [spring 2021] men’s. This is part of the changes in the industry that the virus has accelerated. We as the Camera are providing a container.”

The announcement comes after the cancellation of Men's Fashion Week in both London and Paris, as well as the haute couture shows, all of which were scheduled for late June or early July. In a statement, the British Fashion Council shared that, as a result, they plan to merge the men's and women's fashion week in September to produce a more "gender-neutral" showcase. 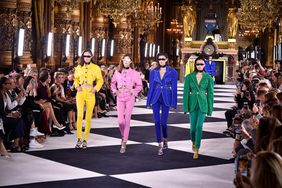 Paris Fashion Week to Resume with In-Person Shows This September 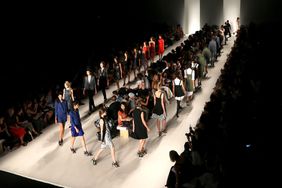 New York Fashion Week Is Happening in September, But It Won't Look the Same: Here's What We Know