There may not have been a red carpet for the Golden Globes this year, but Michelle Pfeiffer still made a stop-and-stare appearance.

The French Exit leading lady and Golden Globe nominee, who attended the virtual bi-coastal broadcast from "the comfort of her hotel room," chose a glam-meets-casual look for the occasion.

Pfeiffer, 62, wore a sequin bodysuit paired with khaki-colored wide-leg trousers (both by Valentino), and added jewelry from her sister-in-law Rona Pfeiffer.

The star was up for best actress in a motion picture musical or comedy for her role as Frances Price, a penniless Manhattan socialite who escapes New York to live out her last days in Paris with her directionless son Malcolm, played by Lucas Hedges. Others in the category included Maria Bakalova (Borat Subsequent Moviefilm), Kate Hudson (Music), Anya Taylor-Joy (Emma) and Rosamund Pike (I Care a Lot), who took home the Golden Globe.

The film follows the mother-son duo as they meet new acquaintances in the City of Lights. The movie is an adaptation of the 2018 novel by Patrick deWitt.

"It's really fun to mix it up," she continued when talking about why she chose the role. "I love different things about those experiences. There's something really exhilarating about doing a film kind of down and dirty, for the love of it. And then also something really nice about doing a bigger-budget film where, you know, you don't have to suffer."

RELATED VIDEO: See Who was Nominated for the 2021 Golden Globes

In December, Pfeiffer shared a throwback photo of her time on set, sporting the character's fiery red hair.

"Becoming Frances Price. #FrenchExit 👩🏻‍🦰🔥💐," the star captioned the photo. With her hair cascading in loose waves down her shoulders and a swipe of matte red lipstick on, the actress' friend Selma Blair compared Pfeiffer's new look to the iconic Harry Potter character, Hermoine Granger.

"It's wildly different. Of course it looks great. And I see a bit of Hermione. 💛💛💛💛," Blair said.

For Sunday's event, Pfeiffer was back to her signature blonde locks, which were styled in loose waves. 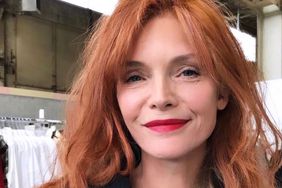 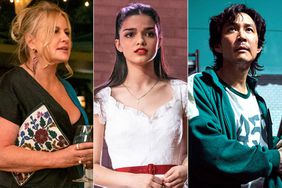 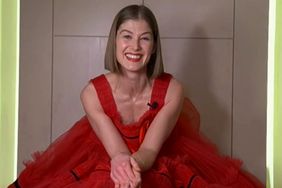 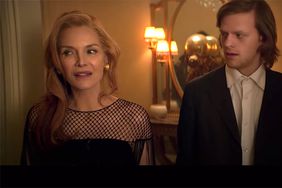 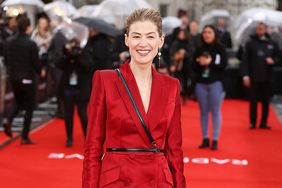 Rosamund Pike Says She Buries Her Awards in Her Garden: 'I Think It's Awkward' to Display Them 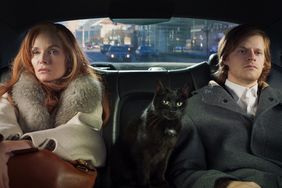 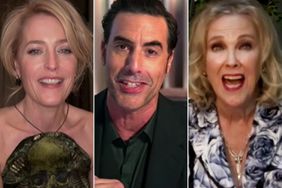