Barack and Michelle Obama made a rare public appearance in Washington D.C. Monday morning at the Smithsonian’s National Portrait Gallery to unveil their official portraits, which expertly depicted major aspects of their lives. Obama was painted by artist Kehinde Wiley and featured a backdrop made up of flowers representing his roots in Chicago, Hawaii and Kenya, while Mrs. Obama’s, painted by artist Amy Sherald, showed her against a pale blue background in all her sartorial glory, wearing a custom Milly gown.

The halter dress with floor-length skirt was specifically designed by Milly designer Michelle Smith for Mrs. Obama’s portrait. According to a press release, the design was loosely based on a runway dress from the spring 2017 collection, below.

According to an Vogue interview, Smith said that she created a dress that Mrs. Obama could wear in every day life and an official portrait — which matched her approachable style sensibilities throughout her time as First Lady. “It’s made of a stretch cotton poplin print in a clean, minimal, geometric print without a reference to anything past or nostalgic, which gives the dress a very forward-thinking sensibility—this is very Michelle Obama,” Smith said.

Plus, this dress design reveals her arms, which Smith believes is “groundbreaking and very modern for a portrait of the First Lady.”

Overall,Smith says her portrait completely captures “her intelligence, modernity, confidence, sensuality, and kindness. It’s a very open, honest, and beautiful portrayal of her.” She was so happy to be able to work on this project that she included a note encouraging Mrs. Obama to run for president: “I begged her to do so in a handwritten note.”

Although Michelle hasn’t worn this exact gown before, she has favored the designer in the past. In fact, she fittingly wore a striped Milly top with flared statement sleeves during her final stroll through the White House.

Back in 2016, she wore a pair of printed gray Milly pants with a cutout tank for an appearance at The Late Show with Stephen Colbert.

And on the October 2016 cover of Essence in which she posed alongside Barack, she wore an off-the-shoulder Milly dress with bell sleeves.

When honored with the portrait, Mrs. Obama said that she felt “overwhelmed, humbled, proud and grateful.”

When she first met Sherald, she said they hit it off immediately. “She physically turned to me and said, ‘I’m really hoping we can work together,'” Mrs. Obama recalled. “After that she and I started talking and Barack kind of faded into the woodwork,” she joked, saying that they share a “sista-girl connection.”

During Obama’s remarks, he praised Sherald, saying she captured the “charm and hotness of the woman that I love.”

Obama also praised Wiley, saying working together was a “great joy,” and joked that Wiley was “working at a disadvantage because his subject was less becoming, not as fly” as Mrs. Obama. 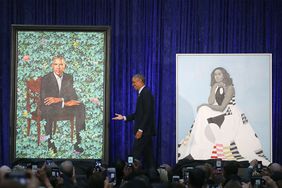 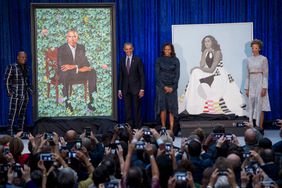 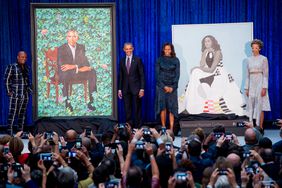 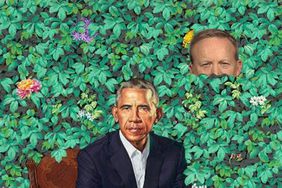 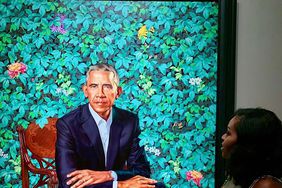 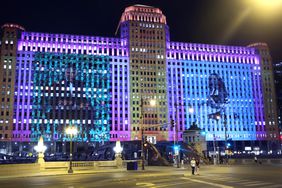 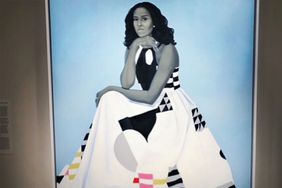 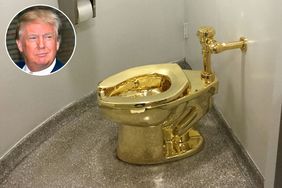 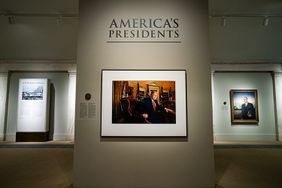