The superstar surprised the Met Gala crowd with an unexpected performance

When Cher made an appearance at the 2019 Met Gala red carpet on Monday night, it was as if she had “turned back time.”

The 72-year-old superstar skipped the infamous red carpet, and instead went directly inside to prep for an unexpected performance.

During dinner, when the event is completely closed off from the public, Cher shocked the crowd by appearing on-stage singing some of her greatest hits.

In videos posted by Gwen Stefani to her Instagram Story, the superstar performed her hit “Believe” (which left Stefani’s seatmate, Katy Perry, lip syncing and tearing up). Cher donned a sheer jumpsuit with sparkle accents and a black biker jacket with pink lining. She wore her hair curly in what appeared to be a bright blue shade under the strong stage lights.

While Cher skipped the carpet, she is no stranger to making an entrance at the Met Gala.

She made her gala debut alongside designer Bob Mackie in 1974 wearing one of her most iconic dresses to date — the designer’s completely sheer long-sleeve jumpsuit with glittery accents and long, feathery trim at the hems, later a source of inspiration for Kim Kardashian West, who wore a similar sheer design by Roberto Cavalli by Peter Dundas to the 2015 Met Gala.

Cher arrived in 1985 wearing another Bob Mackie design; this time it was a high-collar, long-sleeve top with crystal embellishments, matching headpiece and long black skirt. She attended the Gala that year with Mackie, who has been her go-to costume designer throughout the years and who designed the on-stage looks for the new Broadway musical about the singer’s career, The Cher Show.

She most recently attended the Met Gala in 2015 with designer Marc Jacobs. Later that month she starred in the ad campaign for Jacobs’ Fall/Winter 2015 collection.

This year, the singer abided by the Met Gala theme, “Camp: Notes on Fashion,” which is a reference to writer Susan Sontag’s famous 1964 essay Notes on Camp.

“Whether it’s pop camp, queer camp, high camp or political camp — Trump is a very camp figure — I think it’s very timely,” the curator of the institute, Andrew Bolton, told the New York Times about his choice in theme. “Much of high camp is a reaction to something.”

In an interview with Vogue, Bolton said camp has been described as being style without content, but added, “I think you’ve got to be incredibly sophisticated to understand camp — look at Yves Saint Laurent and Marc Jacobs.” 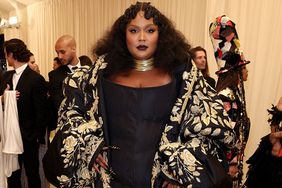 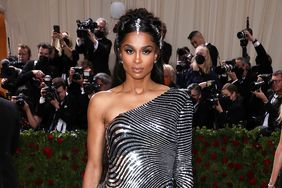