Andreev popped the question to Davis with some serious 'ice'

While Meryl Davis said she won’t be defending her Olympic gold at the 2018 Winter Olympic Games with skating partner Charlie White, she will be pretty busy planning another special event in her life — her wedding!

The Olympic figure skater and Dancing with the Stars champ just announced her engagement to Fedor Andreev, a former professional figure skater and son of her longtime coach, Marina Zoueva, whom she has been dating for over six years.

She announced the engagement by posting a photo on Instagram of her serious ice — a gorgeous square-cut canary yellow diamond ring. She captioned the post “7/13/17,” representing the day they got engaged.

This is another big moment for the Michigan-based couple: Earlier this year, they announced they got a dog, a mini sheepadoodle they named Bilbo Baggins (Bilbo is even the star of her own Instagram account!).

This engagement comes at a time when Davis, along with her skating partner White, said they wanted to take a break from the Olympics to focus more time on their personal lives.

“People ask me now at competitions, do you wish you were out there?” Davis explained about stepping away from the competitive aspect of the sport. “After giving it a lot of thought, I always say, no, I feel really good about the capacity I’m here in right now. I think that was really telling for me.”

FROM PEN: Confetti, Sweets and Dogs: How Julianne Hough Had a Picture Perfect Wedding to Brooks Laich

But she’s not gone from the ice forever. She’s continuing to train and perform in her Stars on Ice tours.

What do you think of her gorgeous engagement ring? 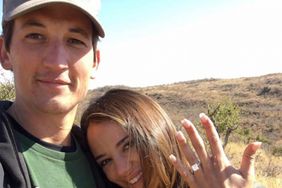 'Tis the Season! 18 Celeb Couples Who Got Engaged This Summer 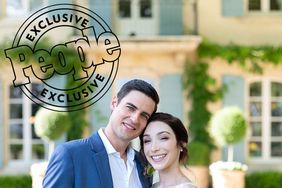 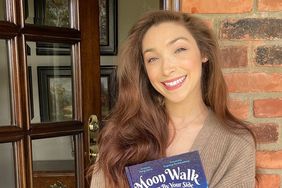 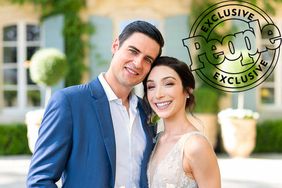 Newlywed Skaters Meryl Davis and Fedor Andreev Aren't Quite Ready to Start a Family: 'It's a Ways Away' 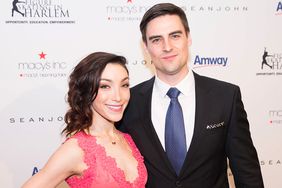