Although Mary-Kate Olsen spends a lot of time out of the spotlight these days, she often makes exceptions when it comes to riding horses.

On Thursday, Olsen, 32, took part in the International Global Champions Tour at the Club de Campo Villa de Madrid, showing a determined concentration as she competed in the international show jumping competition.

The Row designer, who wore a black jacket with a pair of white jodhpurs, placed six in her class riding her horse Naomi, but was disqualified while riding her horse Fatum due to an “error of course,” according to Page Six.

Cheering her on throughout the event was her husband Olivier Sarkozy.

The former actress has been riding horses since she was 6 and started competing again several years ago, after giving it up after high school when her family moved to New York.

However, just because Olsen prioritized acting for many years doesn’t mean horseback riding didn’t sneak its way into her work every now and then.

Alongside her twin sister, Ashley Olsen, the pair took a horseback ride together in their 1995 film It Takes Two, but things didn’t fare as well in Full House, when their character, Michelle Tanner, ended up falling off a horse and getting amnesia.

RELATED VIDEO: Passport to the Past: A Bunch of Mary-Kate and Ashley Olsen Movies Are Coming to Hulu

Opening up about her lifelong love of horses, Olsen shared in a HITS rider profile that horseback riding was a “super important” outlet growing up.

In fact, one of the hardest things about returning to riding is balancing that with the fashion brand she shares with her sister.

“It is a challenge…to balance both a career that requires almost all of my time and a true passion that is not a full job,” she shared. “It is unfortunate that I can’t be in two places at once. I have had to learn to be patient with myself.” 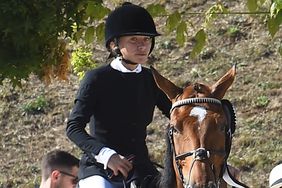 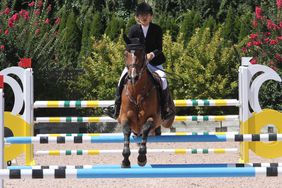