At this point, we might as well officially change the name of the month to Mariah-ember considering how the diva has come to rule over this holiday season with a diamond-encrusted fist. Whether it’s the inescapable refrain of Carey’s modern caroling classic, “All I Want for Christmas Is You,” everywhere you go or the launch of her endlessly meme-able reality show, it’s clear the pop star is having a cultural renaissance. And so naturally, the newly crowned queen of winter must adorn herself with some show-stopping ice befitting her royal status, in this case that whopping $10 million, 35-carat engagement ring from her former fiancé James Packer.

That’s right, Mariah is still wearing that unmistakeable, massive diamond given to her by her ex all the way back in February, despite the fact that the pair had a very public breakup in late October. And it’s not exactly as though the singer doesn’t have her own staggering collection of jewels as any quick browse through her bling-filled Instagram and public appearances will confirm.

RELATED PHOTOS: What Will Happen to Mariah Carey’s Ring from James Packer?

But, to be fair, this isn’t just any old ring. The enormous bauble in question was designed by Carey’s friend of more than 25 years, Wilfredo Rosado, and was created to the exacting standards of a woman not only used to getting her away, but on the verge of marrying one of the wealthiest men in Australia. In fact, the emerald cut stone and two side baguettes are so huge, it’s the size of Beyoncé and Kim Kardashian’s engagement rings combined.

But while you may think buying a present for a woman with that level of solitaire bragging rights would be impossible, as she told Seth Meyers during her appearance on Thursday night, shopping for her is really quite simple, as long as you stick to something in the festive multi-million dollar bling family, that is.

Are you surprised Mariah is still wearing the ring from her former fiancé? Sound off below! 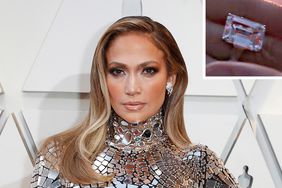 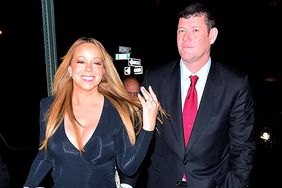 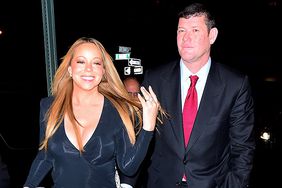 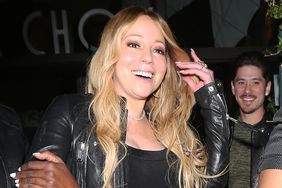 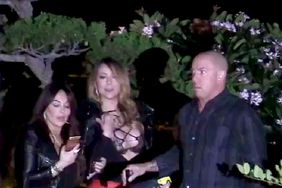