The event was as star-studded as a Chanel fashion show

There was a huge celebration honoring Chanel’s creative director Karl Lagerfeld Monday night in N.Y.C. and it was just as star-studded as his over-the-top fashion shows. The party was attended by tons of top models, big-name fashion editors and just like Chanel shows, an A-list performer to serenade the man of the hour.

Mariah Carey delivered a special performance of her 1993 hit “Hero” wearing a completely embellished sparkly black floor-length gown that featured a low neckline and was accessorized with a blinged-out chainlink belt.

According to André Leon Talley’s Instagram videos, Carey started her set by saying, “Karl, it’s a tribute from my heart to your heart.”

V Magazine threw the soirée (sponsored by Perrier-Jouët) for the legendary designer and made sure the party had all the notable models who’ve walked the Chanel catwalk in attendance. Naomi Campbell, Carolyn Murphy, Joan Smalls, Gigi Hadid, Bella Hadid and mini model (who regularly closes the show) Hudson Kroenig were all on-hand to celebrate Lagerfeld.

What do you think of Carey’s gown? 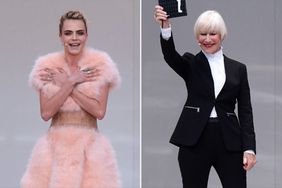 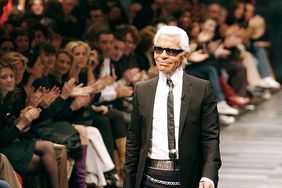 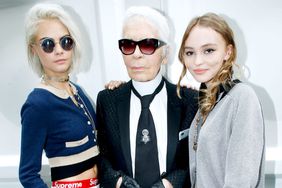 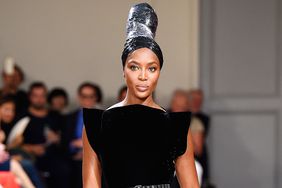