She shows off the sparkler on the way back from Melbourne

There have been plenty of memorable celebrity engagement ring debuts in the past few weeks, but it may be hard to top Margot Robbie’s. The star announced her engagement and subsequent top-secret wedding all at once via a shot on her Instagram that portrayed her smooching her longtime love (and new husband) Tom Ackerley while flaunting her new pear-shaped sparkler in a particularly cheeky way. But aside from that one big, unmistakable reveal, details about the intimate ceremony were hard to come by; we knew that her ceremony venue in Coorabell, New South Wales, Australia was lush and bohemian and we knew that she wore her mother’s wedding dress to walk down the aisle. But aside from that, much was kept between the couple and their 50-person guest list.

RELATED PHOTOS: The most stunning star sparklers and most romantic proposals!

However, they must have known it would be hard to keep a ring that sparkly under wraps for long (hence the major social media reveal), because when the duo left Melbourne and landed in L.A., it was the only thing we could see. The pavé diamonds along the engagement ring’s band practically obscure the very thin wedding band underneath. Ackerley also wore his new hardware, a very thin and simple silver-tone band.

Robbie appeared to be smitten with her new husband from first sight. As she told Vogue in May, he’s “the best-looking guy in London,” and she surprised herself by how serious they became two years ago: “I was the ultimate single gal. The idea of relationships made me want to vomit. And then this crept up on me. We were friends for so long. I was always in love with him, but I thought, Oh, he would never love me back. Don’t make it weird, Margot. Don’t be stupid and tell him that you like him. And then it happened, and I was like, Of course we’re together. This makes so much sense, the way nothing has ever made sense before.”

What do you think of the ring? 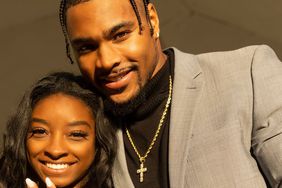 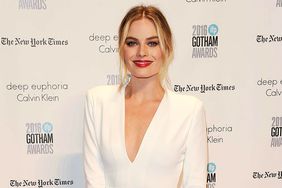