The boys are back — with matching tattoos!

Machine Gun Kelly posted a video on Instagram Monday announcing his sixth album, Born with Horns, by showing off a new matching tattoo with Travis Barker.

" 'born with horns' the album. We're back for round two…." Kelly, 31, captioned the post. He and Barker, 45, previously worked together on his pop-punk album Tickets to My Downfall. The Blink-182 drummer will serve as executive producer on the upcoming Born with Horns.

In the clip, Kelly (real name: Colson Baker) and Barker hold up their left forearms to the camera, showcasing fresh ink that reads "born with horns."

"Bro that s— looks hard as f—," Kelly says as cameras click in the background.

The Born with Horns ink isn't Kelly's first permanent tribute to one of his albums; he has the words "tickets to my downfall" tattooed on the base of his neck.

Kelly teased Born with Horns' first single over the weekend.

In a video shared on Instagram Saturday, Kelly played the track while sitting in a car, mouthing the lyrics "Signed a deal, I got papercuts/They wanted them, but they got us" before shaking his head when the beat dropped.

"signed a deal, i got papercuts. ✍🏼🩸wednesday 9pm," he wrote in the caption. Cole Bennett will be directing the music video accompanying the single, which drops Wednesday at midnight ET. 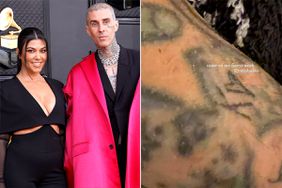 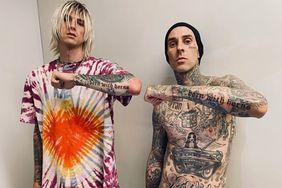 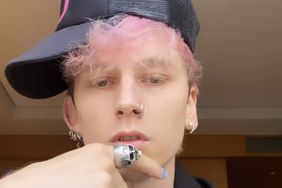 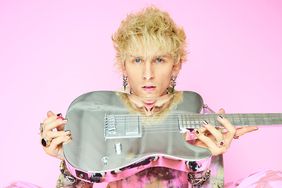 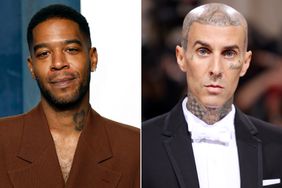 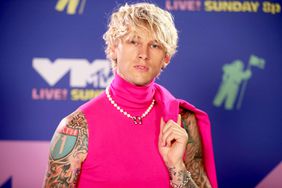 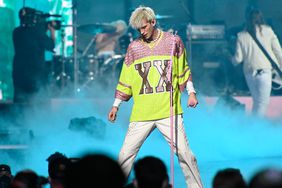