Want to know what it’s like to go to a major award show? The model (and Hearst heiress) gives PEOPLE.com the inside scoop on getting ready for Fashion’s Oscars — and hanging with fellow guests Blake, Heidi and Justin! Click here to see all the stars at the CFDA Awards.

6am: Going to be a crazy day. Nice long bath, then straight over to an early morning photo shoot with Terry Richardson. They were incredible, fun, crazy pictures. I was wearing men’s clothes, lingerie, dressing up as animals. Such an eccentric shoot.

3pm: Grab some food on-set: Thai curry chicken, pasta and rice. I won’t be able to eat once I go to the CFDAs. I’m wearing white so I definitely don’t want to take the risk of spilling anything on the one-of-a-kind dress Marc Bouwer made for me!

5:20pm: Oops. We had so much fun at the photo shoot, and ran over. Now it’s pouring rain! Here I am looking for a cab, still wearing all the black eye makeup and hot pink lips; my hair is sticking straight out from all the products. I looked like a drowned rat.

5:45pm: Home! Thankfully my dress already got dropped off. Jump into the shower and rinse off faster than I ever have. Didn’t even bother with my hair. It was already soaked with rain. I wanted a sort of a 1920s, old Hollywood, Veronica Lake look. My makeup artist Jasen Kaplan and hairstylist Ricardo Rojas have to work on me like crazy — it’s such a miracle.

6:20pm: Marc Bouwer picks me up, and we head over to the CFDA Awards gala at Lincoln Center. I felt like a princess. My dress was actually sheer white, but I put a nude body suit under it. Thankfully you couldn’t see anything!

Click through for more details on Lydia’s star-studded night!

6:40pm: Spotted my best friend Michelle Trachtenberg on the red carpet! She said she might be moving to N.Y.C. I’m trying to convince her. She has a couple things in the works, but I’m not allowed to say!

7pm: Heading inside. There are no tables this year or even a cocktail party. It’s more Oscar-style.

8:30 pm: Got to meet Molly Sims and Heidi Klum, who is definitely one of my idols. Saw Blake Lively too. We met when I did Gossip Girl. It is really nice to reconnect with people and catch up.

9pm: The speeches were so moving. Marc Jacobs talked all about his fiance. And wow, Diane Von Furstenberg didn’t even have to use the teleprompter!

9:30pm: I wish I could have met Justin Timberlake. But unfortunately he was on stage, and other than that, he was busy.

10pm: Going downtown! Everybody picks up and moves down to the Calvin Klein event at the Highline. Met up with my sister Gillian and reconnected with Michelle.

12am: Heading home to go to sleep. There’s only so much I can handle! 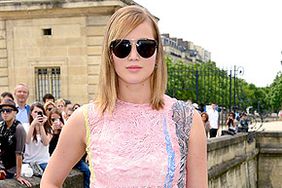 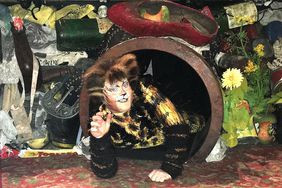 We Tried It: Becoming One of the 'Cats' on Broadway for a Day 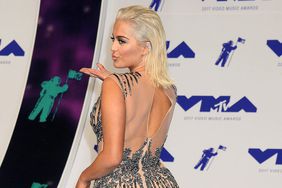