It's our favorite season of the year! No, not fall: Lupita season. Nyong'o is back in the spotlight to promote her forthcoming movie Little Monsters, which means we're guaranteed a series of breathtaking beauty looks courtesy of her longtime, trusted makeup artist Nick Barose. For the Hulu film's N.Y.C premiere, the duo opted for a "colorful, glamorous look inspired by Whitney Houston" and legendary supermodels, Barose says. Below, the pro takes People inside their fun-filled, '80s-themed prep process.

The end result had all the drama of an iconic '80s makeup look, with one exception. "Because the [shades] are all within a similar [range of] red undertones, it's not too colorful," Barose explains.

"This is way easier to wear [than] '80s looks [that] contrasted colors, like blue or green eyes with red or pink lips, which can be a lot of clashing color."

To get in a festive mood, Nyong'o and Barose, accompanied by hairstylist Coree Moreno and manicurist Casey Herman, listened to Houston's hits, including, "I Wanna Dance with Somebody," "So Emotional," "How Will I Know," and "You Give Good Love."

"Lupita is always fun to work with because we like to get in the groove with the music, which helps [us] come up with the mood for the beauty looks too, says Barose, who notes that the music superstar's pink eyeshadow in "I Wanna Dance with Somebody," influenced Nyong'o's look.

Here's how the pro put it all together:

After prepping the Lancôme Ambassador's skin with serum, primer and foundation (Teint Idole Ultra 24H Long Wear Foundation in 555 Suede), he applied the Blush Subtil Palette in Rum Rasin on the cheeks, followed by Teint Idole Ultra Custom Highlighting Drops in Bronze Glow (one of his favorites when creating her signature gleam) onto cheekbones to go '80s-level bold.

Once Barose had perfected Nyong'o's statement arches, he applied the Ombre Hypnôse Stylo Shadow Stick in Rubis, a long-wear, metallic crayon, all over her eyelids, then blended that with the Hypnôse Palette in Rose Fusion. "This shimmery eyeshadow palette can be used wet to create creamy texture. When laying cream and powder textures on top of each other, it adds more dimension and richness, plus it makes it more long-wearing." He dabbed Le Monochromatique in Haute Couture on the inner corners and center of the lids for more dimension.

For her lashes, the pro used two coats of Hypnôse Doll Lashes Mascara in Black, as well as a few individual falsies. "I always add three of my favorite Lashify Gossamer Lashes in C10 on outer corners. It looks natural and feathery — not fake."

On her lips, he applied Le Lip Liner in Amandelle all over, and L'Absolu Rouge Ruby Lipstick in 191 Jezebel on top. "It's a burgundy tone lipstick with a creamy texture a bit of a bronze hint to it. It's one of our go-to lip colors."

The finishing touch? Tatcha Blotting Papers. "This helps with touch-up so you don't have to over powder and can keep skin luminous." 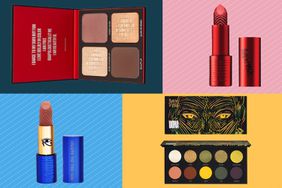 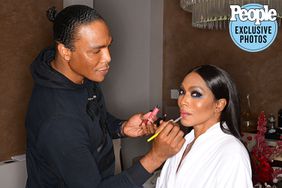 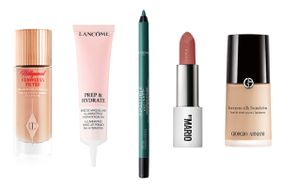 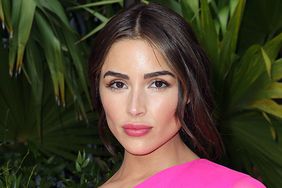 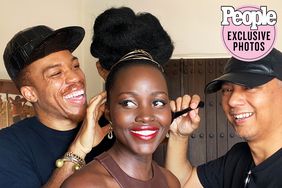 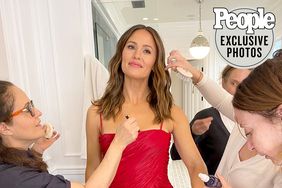