The style star had an elegant affair in the English countryside

Style expert and TV host Louise Roe has the most enviable Instagram imaginable, so you should expect nothing less than total picturesque splendor from her wedding. She didn’t disappoint when she tied the knot to her director beau, Mackenzie Hunkin, in the English countryside this weekend.

The bride wore a couture lace off-the-shoulder gown by Pronovias and styled her hair in a center-parted low chignon, while Hunkin wore a classic black tuxedo by the British designer Reiss.

The couple wed at Eton College Chapel inside a 15th-century building, which Martha Stewart Weddings reports is a place Hunkin often went as a child. And after the nuptials, the newlyweds drove to the reception, held at the Tudor-era Dorney Court, in a retro Mercedes convertible, while the guests rode on iconic red London double-decker buses.

Afterwards, the newlyweds spent the night at the luxury hotel (fine, the castle) Cliveden House.

And they’re already having a completely idyllic honeymoon in Positano, Italy.

The couple got engaged in January during a romantic week in Aspen with an oval diamond set with two halos of pavé diamonds. Roe told PeopleStyle that Hunkin “got down on one knee inside a gondola in the middle of a blizzard in Aspen — I had absolutely no idea what was going on!”

What do you think of her English wedding? Share in the comments below. 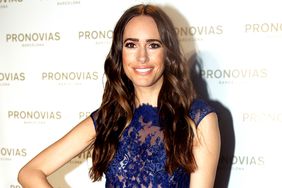 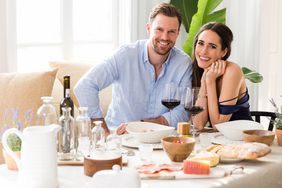