Ouch! Lil Uzi Vert is opening up about a rather painful experience he had with his fans.

While attending the reopening and 18th-anniversary party of JAY-Z's 40/40 Club in New York City last weekend, the 26-year-old rapper spoke with TMZ on the red carpet, where he revealed that fans ripped out the pink diamond he has his forehead when he dove into a crowd at the Rolling Loud music festival in July.

"I had a show at Rolling Loud and I jumped into the crowd and they kind of ripped it out," Lil Uzi Vert told the outlet of the jewelry, which allegedly cost $24 million.

"I'm feeling good," he added, also revealing, "I still have the diamond so I feel good."

Back in February, the Grammy-nominated rapper shared a video on Instagram showing off the massive pink diamond pierced into his forehead. At the time, he also gave his followers a look at the sparkling new stone in videos on his Instagram Story as well.

"𝕭𝖊𝖆𝖚𝖙𝖞 𝖎𝖘 𝖕𝖆𝖎𝖓 💎💕®️," he captioned the initial post, which has since been deleted from his Instagram feed.

The "Bad and Boujee"-featured rapper shared also more details about the diamond as his followers began asking questions about his decision.

When one fan said that they hope the stone "holds its value," Lil Uzi Vert responded, "GIA Natural" with a kissy face emoji, referring to the Gemological Institute of America.

And when another follower asked the star if he was "still rich" after purchasing the diamond, he said, "Yes that's why it took 5 years."

Lil Uzi Vert also claimed in another tweet responding to a follower that the stone is "10 almost 11 carats." 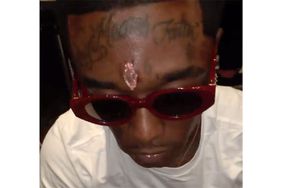 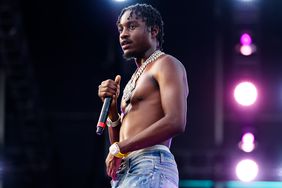 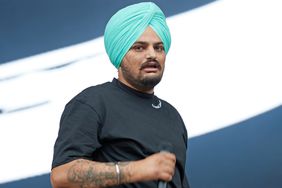 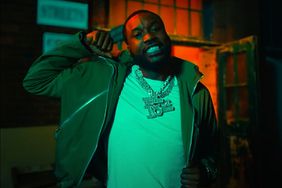