When it comes to who he dates, Leonardo DiCaprio has a very particular M.O. Namely, the actor has never met a blonde bombshell Victoria's Secret supermodel he didn't like, from his high-profile long-term relationship with Gisele Bündchen to his latest year-long stint with Nina Agdal. And while his new rumored girlfriend certainly meets all of the high fashion model mandates (although both of their reps deny the pair are dating), the actor did decide to make an exception on one of his rules, partnering up with a brunette for the first time in recent memory. But the question remains, who exactly is Lorena Rae?

First things first, she's a 23-year-old German model with an Instagram following of one million.

And it's no wonder Rae has made an impression on social media, between her scantily clad professional photos and wanderlust-worthy travel shots from around the world, there's a whole lot of #goals going on in this 'gram.

She went to the Cannes Film Festival as a L'Oréal representative.

Lorena attended the star-studded amfAR Gala held during the 2017 film festival at the Hotel du Cap-Eden-Roc wearing a light green silk halter neck gown with a thigh-high slit and an all-over purple floral pattern. The date of this whole affair is particularly intriguing as not only is Leo a regular staple at Cannes, but it also occurred the same month he broke up with his then-girlfriend Agdal.

She auditioned for the Victoria's Secret Fashion Show.

While it doesn't seem like the model made the final cut for the hyper-competitive show as she was never photographed exiting the lingerie brand's headquarters dragging a pair of white feathered angel wings on the ground behind her, she did at least make it to the call backs. But given her sudden international name recognition thanks to DiCaprio, her chances for next year are looking better than ever.

DiCaprio and Rae were first spotted hanging out in St. Tropez in July, followed by a dinner outing in NYC mid-August and a few Citi Bike rides around the Big Apple (a go-to date for DiCaprio). On Thursday night, they were spotted leaving NYC's Up & Down nightclub.

And while DiCaprio's rep told PEOPLE last month that the pair is "not dating," they certainly seem to be enjoying each other's company.

What campaign or runway show do you think Lorena would be perfect for? Sound off below! 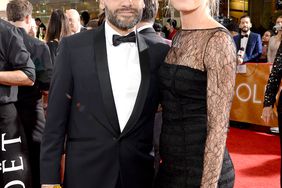 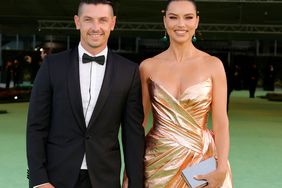