The couple were first linked together in January 2018 during an outing in Aspen, Colorado

Camila Morrone is not interested in what people think about her relationship with Leonardo DiCaprio.

On Friday, the model, 22, was inspired to speak out in a video on her Instagram Stories after receiving a number of hateful comments regarding her relationship with DiCaprio, 44, on her post from one day earlier.

Sharing a series of black-and-white photos of the late Lauren Bacall and Humphrey Bogart on Thursday, Morrone wrote, “A love like this” beneath the candid shots.

Like Morrone and DiCaprio, the iconic Hollywood couple had more than a 20-year age gap between them, but stayed together despite the criticism. In their controversial 13 years together, the famous pair married and welcomed two kids, before Bogart sadly passed from esophageal cancer in 1957.

Fans were quick to pick up on the parallel between the two couples and some began to criticize Morrone and DiCaprio for their relationship in the comments section, going as far to say that the actor “only cares about your body,” and would “dump you in three years.”

Others slammed Morrone personally and claimed that the only reason she was dating DiCaprio was so she could “live off of him.”

Morrone eventually had enough of the negative comments and opened up in a video on her Stories, where she set the record straight about her relationship.

“Good morning, people, and Happy Friday,” she began. “I just read some of the comments on my Instagram and my God, people are so mean and full of anger with people that they know nothing about.”

“I guess I just hope on this Friday that people learn to live with a little less hatred,” she continued. “And place their time and interests elsewhere because living without hatred feels pretty good.”

DiCaprio and Morrone were first linked together in January 2018 during an outing in Aspen, Colorado. Ever since then, the couple has been spotted all over the world.

In April, they attended Coachella together and a month later were photographed walking hand-in-hand while in New York City.

The pair also stepped out at the Cannes Film Festival in May, where the Oscar-winning actor debuted his newly released Quentin Tarantino film Once Upon a Time in Hollywood.

This week, when the film premiered in Los Angeles, Morrone was by her man’s side at the event. She also posted a photo of her gorgeous dress on Instagram, captioning it with “tonight”.

A source close to the pair recently told PEOPLE that DiCaprio and Morrone are closer than ever despite their age gap.

“They seem pretty serious,” the insider said. “It’s definitely not a casual relationship. Camila spends a lot of time at his house.”

“Camila is long known as Leo’s girlfriend. And Leo introduced her to both of his parents long ago,” added the source. 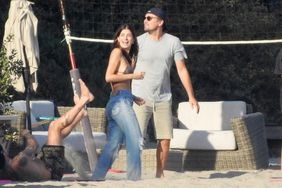 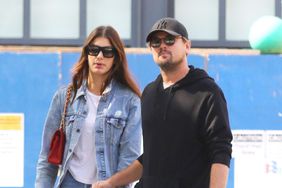 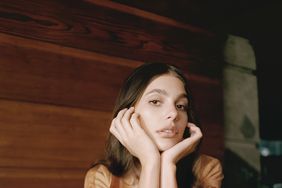 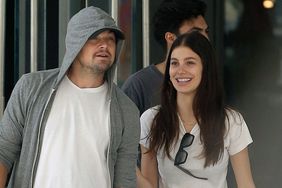 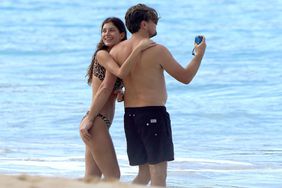 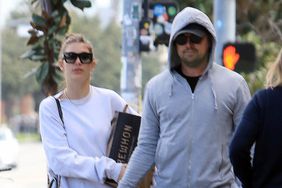 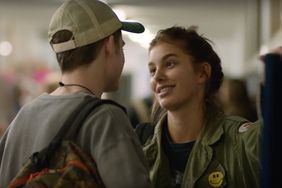