Vote on this week's styles including Vanessa Hudgens, Kim Kardashian and more stars! You decide – are they fashionistas or flops?

The amps up her casual black outfit with a tan Madewell suede jacket, studded sandals and super-cool shades.

The face of Bulgari is chic in a menswear-inspired gray suit while attending the Tenth Annual AFI Awards reception in Los Angeles.

The Golden Globe nominee for her role in Up in the Air is flying high in her lilac J. Mendel dress and Jimmy Choo sandals at the AFI Awards.

Following the debut of her hot new fragrance commercial, earns her fashion stripes at an Ocean magazine party at the Delano Hotel in Miami Beach, wearing a strong-shoulder asymmetrical black-and-white dress.

Another night, another gorgeous dress! The Sherlock Holmes heads to the film’s Paris premiere in a tweed Alberta Ferretti dress with sheer sleeves and Brian Atwood heels.

The gets edgy at a Tokyo photocall promoting her latest album in a strapless leather minidress topped with a gray blazer which she accents with cross pendants and glittery platforms.

Slipping into a nude tulle Chanel dress and classic Stuart Weitzman peep-toes, shines at a DIC event in Beverly Hills.

The new mom looks back to her pre-baby weight in a skinny jeans, a chartreuse top and black bag and boots in L.A.

Up for best supporting actress at this Sunday’s Golden Globes, the nominee gets a head-start on glamour in a black-and-tan striped dress and T-strap sandals at a restaurant in Beverly Hills.

The sultry shows off a golden tan in a cream beaded Giorgio Armani Privé gown and Chopard jewels for the Rome premiere of Nine.

Taking a break from making music with Billy Corgan, the enjoys a girls night out in a tight tan leather jacket, body-hugging black dress, tough sandals and an exotic skin clutch in Santa Monica.

The Nine star covers up in a flowing black gown accessorized with a long Chopard necklace, quilted clutch and a scarlet smile for the movie’s Rome premiere.

Sticking to her signature L.A. cool style, the Hills steps out in a long graphic T-shirt, ripped jeans and black flat boots accessorized with large hoop earrings and a Chanel bag.

She’s back to the party circuit! The hits the pink carpet at a West Hollywood nightclub dressed to impress in a black-and-white sheer top, her signature leggings and studded pumps topped with a tuxedo blazer and fedora.

With heels in hand, Avon’s newest face makes a stylish exit from a Los Angeles photo shoot in a fitted lavender sweater dress, knee-high black boots and a cream tote.

The Book of Eli star adds a stylish touch to her khaki cropped pants with jeweled-topped pumps, a sleek black blazer and chunky gold earrings for a stop on The Early Show.

Gossip Girl’s mixes it up at the You Know You Want It publication celebration in N.Y.C. in a fuchia-lace-trimmed floral skirt, textured gray jacket and sheer pink shirt – all from Louis Vuitton.

Getting ruffled on the Sherlock Holmes red carpet in Berlin, the Mad Men star is elegant in Valentino, pairing a black dress with draped shoulders and satin shoes by the Italian design house.

She’s already been prepping for the red carpet season, and the Golden Globes nominee makes a stylish statement at the National Board of Review Awards Gala in a tiered Paule Ka cocktail dress, opaque black tights and Cartier jewels.

Looking ready for the runway, the former model heads to her native Germany for the Berlin premiere of Sherlock Holmes in a black minidress with metallic cut-out overlay, leather pants and boots.

Gossip Girl’s sexy star brings her signature style to the You Know You Want It publication celebration at Henri Bendel in cut-out leggings , a menswear button-up and black Nonoo Lyons blazer.

The makes a statement at a Stella McCartney party in a black dress draped in jewels and classic quilted bag in West Hollywood.

The Golden is geared up for red carpet season, dazzling at the National Board of Review Awards gala in N.Y.C. in a classic LBD and flower-topped sandals, both by Prada.

Returning to longer locks, the sizzles at the You Know You Want It publication celebration in N.Y.C. in a body-conscious Alice + Olivia by Stacy Bendet dress and platform pumps.

The fashion is elegant at the National Board of Review Awards in N.Y.C. in an asymmetrical plum Lanvin dress and wavy bob.

Glee’s leading lady gets glamorous in a corset-topped dress – complete with a pastel pink skirt – Irit Design jewelry and metallic pumps for the FOX Winter All-Star Party in Pasadena, Calif.

The is all business in her black shirtdress, matching dark shades and bow-topped flats as she shops in Brentwood, Calif.

It’s all about the accessories for , who adds layered chain necklaces by Joy O, a black-and-gold bag and cap-toe flats to her basic blue T-shirt and black leggings while shopping in Beverly Hills.

The stylish star gives her basic black The Row blazer an avant-garde feel with a multi-colored pleated skirt and strappy dove gray sandals – both by Balenciaga – outside The Late Show with David Letterman.

The new face of Avon dresses up her black T-shirt and skinny jeans with a leopard-print scarf and towering platform heels while shopping at the Diesel store in L.A.

keeps it casual in a gray collared shirt, skinny black jeans and brown riding boots for a shopping trip in Los Feliz, Calif.

It’s just another fashionable day in Los Angeles for the Twilight , who steps out in high-waisted MiH flare jeans and a Simdog zipper-printed tank top.

She’s ready for spring! The star makes a colorful appearance in a pastel striped Ports 1961 dress – complete with sparkling beaded detail –purple suede pumps and a silver clutch at the Hollywood premiere of The Book of Eli.

Earning her fashion stripes off the red carpet, the starlet does her best street chic in a cropped white jacket over a black-and-white T-shirt, J Brand denim leggings and a luxe bag in Beverly Hills.

The actress goes for high drama in a one-strap, Vera Wang silk jersey and tulle dress dress accessorized with Neil Lane diamond and pearl drop earrings and platform pumps for the The Book of Eli premiere in Hollywood.

The makes it a classic match with a white blouse and black wrap skirt topped with a layered chain statement necklace for the Pepsi Refresh Project Café in West Hollywood.

What girl doesn’t love a designer deal? shows off her bargain-hunting skills in a yellow tulle Rodarte for Target slip dress – which retails for just $40! – topped with a cinched black blazer and matching patent booties during The New York Times Arts & Leisure Weekend in New York City.

Looking more like a rock star than a Disney sweetheart, makes a coffee run in paint-splattered, ripped jeans, studded boots and a cut-out Obesity and Speed T-shirt in Los Angeles.

She might have played a scorned wife in Nine, but the French actress looks every bit the sexy starlet in a silver lamé Dior frock paired with red-hot heels and tousled curls for a party celebrating her Golden Globe nomination in Los Angeles.

The might relate to Jersey Shore s The Situation, but she was all about Las Vegas while celebrating her big day there in a purple dress, Lia Sophia jewels, dove gray Brian Atwood pumps and hot pink lips.

Proving she is Hollywood’s next fashionista, the Gleestar shows off her curves in a sheer-topped, slinky black dress and platform booties at the show’s Golden Globe nomination party in West Hollywood.

Showing off her supermodel stems, the sexy star goes bold in a sharp-shouldered, orange RM by Roland Mouret minidress, beaded Hervé Léger clutch, Anita Ko jewels and Aldo pumps at the Los Angeles premiere of The Spy Next Door. 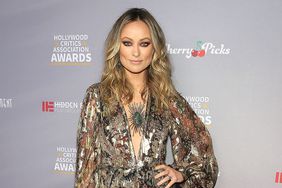 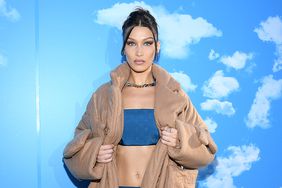