Vote on this week's styles including Heidi Klum, Kim Kardashian and more stars! You decide – are they fashionistas or flops?

proves she still worthy of the nickname in a one-shoulder dress, opaque tights and sky-high sandals while filming the next season of Project Runway in Manhattan.

Joining in N.Y.C., the Project Runway flaunts her famous figure as well in a sharp-shouldered black minidress, platform pumps and glittering baubles – including her engagement ring!

The embraces the colorblocking trend in her peach and maroon Prada gown, set off with Chopard jewels, at the 13th Annual White Tie & Tiara Ball in London.

The of Thierry Mugler Angel perfume cuts a heavenly figure in a cream gown from the brand and Fred Leighton gems while celebrating her new campaign in New York City.

Hollywood’s fiercest fashionista is on fire in a plunging goddess gown by Yves Saint Laurent and equally sizzling lips at the amfAR Inspiration Gala in Paris.

Cozying up to Creative Director chatting up Marc Jacobs, pledges her allegiance to Louis Vuitton in a head-to-toe black ensemble by the fashion house, accented with Piaget baubles, at the amfAR Inspiration Gala in Paris.

The Monte Carlo simply enchants in a shimmering periwinkle J. Mendel gown, Ofira jewelry and Judith Leiber clutch at an N.Y.C. screening of her new movie.

The supermodel-turned-actress is in full bloom in runway-worthy Gucci, Jack Vartanian earrings and Vhernier rings at the Moscow International Film Festival in Russia.

While she and her sisters are returning to QVC, departs from her solid dress pattern, choosing a tribal-inspired Mara Hoffman maxi for errands in Studio City.

In a sexy take on the tuxedo, the suits up to support her fellow Pantene spokesmodel at the reveal of campaign for Thierry Mugler Angel perfume in New York City.

Also at the amfAR Inspiration Gala in Paris, Sleeping Beauty’s damsel in Louis Vuitton rouses her boyish Peter Pan collar and shorts with thigh highs, pumps and a tasseled clutch.

We can only guess her wedding dress, but the bride-to-be shows a penchant for the classics in white blazer, floral top and bootcut denim at a Manhattan screening of Horrible Bosses.

The is totally teal in a printed Issa maxi dress with butterfly sleeves and Loewe clutch at the launch of the children’s book Carla and Leo’s World of Dance in Los Angeles.

Transformers’ new leading lady continues to flaunt her gams in thigh-baring slits, stepping out at the Moscow Film Festival in a hot-pink draped Michael Kors gown and leg-lengthening beige pumps in Russia.

The statuesque supermodel breaks the mold in a zigzag-print column dress topped off with a highlighted pompadour and sparkling accents at a dinner for the Harry Winston Midnight Timepiece collection launch in N.Y.C.

The TV star flirts with evening wear in a sophisticated cocktail dress with lace bodice and pleated skirt at The Paley Center for Media’s presentation of an evening with Melissa & Joey.

90210’s edgy starlet breaks up her black blazer and shorts ensemble with a striped tank and polished booties at the grand opening of the Big Apple’s Wooster Street Social Club.

accents an elegant blue Stella McCartney sheath with black accessories and tangerine lips at a screening of her movie The Ledge in N.Y.C.

The hits a style grand slam at a Wimbledon party in London, sporting a feminine high-necked frock, black booties and a cross-body bag.

Trading her favorite minis for a more casual look, the Twilight is effortlessly cool in a black Alternative Apparel tee, cuffed ultra-skinny jeans and Brian Atwood peep toes at the L.A. premiere of A Better Life.

Palermo makes her mark at the New York premiere of The Ledge in the same tangerine Victoria Beckham shift that the designer herself has worn!

The actress takes a modern approach to style in sleek suiting, a graphic tee and avant-garde accessories at Edward Gant’s Amazing Feats of Loneliness in Sydney, Australia.

The toasts Rachel Zoe at an In Style party in West Hollywood for the new designer, wearing a exaggerated-bow blouse and black booties from the stylist’s new contemporary collection.

After canoodling with a new beau, complements her printed maxi Charlotte Ronson skirt with a cropped camisole and Lia Sophia bangles at a JCPenney celebration for I Heart Ronson at the Hollywood Roosevelt Hotel.

Keeping cool in a leg-baring length, pairs her bright blue minidress with sky-high Casadei pumps and Jennifer Meyer bangles for an appearance on the Late Show with David Letterman in N.Y.C.

Cougartown’s shows off her animal instincts in a python-print Lanvin dress and sling backs for the Critics’ Choice Awards in Beverly Hills.

struts her stuff in belted army-green shorts, a silky tank and patent pumps for the Cesar and Humane Association’s National Hero Dog Awards in N.Y.C.

Posing in a slit-to-there gown, the Transformers: Dark of the Moon star shows some leg in head-to-toe Michael Kors at a press conference for the blockbuster in Rio de Janeiro, Brazil.

The renown dresses down her jeans-and-blazer look with rough-and-tumble Hunter boots at the Taste of London food festival in Regent’s Park.

The shows her stripes in quirky cropped pants, a leather-lapel blazer and black accessories to run errands in London.

Also looking glam around town, the styles her yellow, leaf-print shirtdress with bold gold earrings and chunky platform heels while out in West Hollywood.

For Bad Teacher’s N.Y.C. premiere, the actress steps out in a summery tomato-red frock, glittering cuffs and nude pumps.

The Mad Men bombshell highlights her curves in a Boss Black by Hugo Boss sheath, worn with a Meus Designs ring, box clutch and Jimmy Choo pumps at the Critics’ Choice Television Awards in Beverly Hills.

Making another trip to Toronto, the steps out at the MuchMusic Video Awards wearing a tiered Burberry Prorsum minidress, purple platform pumps and Melinda Maria earrings.

Apparently one of spring style picks is vivid pink: the actress hits the Life Happens premiere at the Los Angeles Film Festival in a handkerchief-hem Richard Nicoll dress and ankle-wrap sandals.

Birthday girl Khloe celebrates in newly svelte style, showing off her cellulite-free bod in 7 For All Mankind cutoffs, a crocheted sweater and Melinda Maria ring, also at Chateau Nightclub in Las Vegas.

The wears a ladylike floral frock and bronze peep-toes in a London hotel before heading to Wimbledon.

Miu Miu’s new face takes a walk on the wild side in a denim-topped Philosophy di Alberta Ferretti dress and H&M clutch at Los Angeles premiere of Cars 2.

Sophia polishes her LBD with a printed jacket, nude sandals and drawstring purse at the Montblanc-sponsored 24 Hour Plays after party in Los Angeles.

The newly engaged star plays up her romantic side in a lilac Alice + Olivia gown to host the Eres opening in East Hampton.

blushing turns up the heat for her Las Vegas bachelorette party at Lavo in a Rachel Roy minidress and gold accessories.
Vote on Last Week’s Looks! > 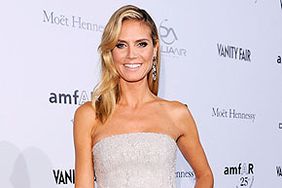 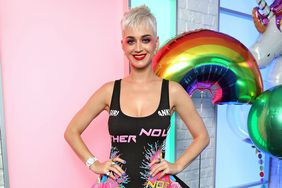