Uh oh! It looks like someone didn’t fact check Kylie Jenner‘s 2017 calendar – which she’s now selling on her official Kylie Shop merch store – before it went to print. Fans who bought the star’s 2017 calendar shot by infamous fashion photographer Terry Richardson are receiving it in the mail – and having a “record scratch” moment when they go to gold star their girl’s birthday.

The month of August depicts Jenner standing topless in a white G-string bikini bottom eating birthday cake in a particularly unclothed and messy way, all as an ode to the star’s 20th birthday. The calendar marks August 20th as “Kylie’s Birthday,” and even includes her own handwriting that says “20 today!” to remind her fans of the special day.

But at a closer glance, something appears off. Kylie’s turning 20 years old on August 10th, not August 20th. The big blunder’s apparently been printed on the initial batches of calendars sent out to the first round of buyers, but there’s no word from Kylie’s camp if they plan on fixing the error. The star did, however, address another related controversy yesterday: She disavowed a post that went up on her app regarding her relationship with Tyga, saying she’d never seen or approved it, and wouldn’t be posting on her app personally anymore.

On the bright side, the calendar includes her dogs Norman and Bambi’s birthdays as well…on the correct dates!

Can you believe Kylie’s calendar lists her birthday on the wrong date? Share your thoughts below. 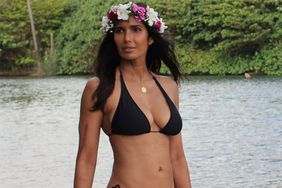