Kristin Cavallari's Jewelry Line, Uncommon James, Got Its Name From a Surprising Source

Cavallari sat down with PeopleStyle to chat all about Uncommon James at the collection's launch in West Hollywood, Calif. on Thursday.

Kristin Cavallari may come up with the inspiration for her accessories and shoe lines all by herself, but she has one special person to thank for the inspiration behind her new jewelry line’s name, Uncommon James.

Cavallari—who played around “with a lot of different names” before settling on the final title for her new venture—joked that her husband, former Chicago Bears quarterback, Jay Cutler, “would kill me if I didn’t give him credit for the ‘uncommon’ part,” she joked.

“James is my daughter’s middle name. It was also my brother’s middle name, but I really love it for a female, even though it’s ‘uncommon’,” Cavallari explained to PeopleStyle at the collection’s launch in West Hollywood, Calif. on Thursday.

If it were up to her, she would have just called the jewelry line James, but “that’s, of course, impossible to patent,” she said. “So Jay came up with Uncommon and I loved it. So yes, I have him to thank.”

Cavallari has been designing accessories for several years, but this is her first strike out on her own; in January, she announced in an Instagram post that “after a tough decision” she “decided to leave” jewelry brand, Emerald Duv, which she launched in 2014 with pal, Chelsea Bulte.

“I really wanted to do a line that was really personal and a true reflection of my style, and I wanted to be really involved,” Cavallari—who rocked a black Rubin Singer crop top and a white Rebecca Vallance skirt paired with black heels at the event—told PeopleStyle of choosing to start her own company.

“I wanted to have a hand in every facet of the company,” she added. “So I was really excited to start my own and it’s very exciting for me because it is my own.”

As Cavallari fans know, the star also has a shoe line with Chinese Laundry, but she notes, “They’re a very well-established company, and it’s not mine.”

“Even though I have my own line, I still have a team of people that I work with on it,” explained Cavallari. “Whereas Uncommon James is just mine, and it’s very exciting for me to have complete creative control.”

She continued: “I had this vision for the line and now to see it here before my eyes, and see how well people are responding to it is such a dream come true. I really feel like I’m on cloud nine right now and I’m just really excited.”

With Uncommon James, Cavallari set out to make “a line that was just easy.”

“I wanted these pieces to be worn all the time,” said Cavallari, whose favorite item is the All Day choker.

“I want you to wear them day to night. I want you to just throw them on with any outfit and walk out your door,” she added. “No one has time to try on 20 different pieces of jewelry or to base an outfit around a piece of jewelry. I just wanted a line that was effortless and I really do love every single piece in the collection.”

And for an item to become more than just an idea, Cavallari says she asks herself the question: “Would I buy this in the store?”

“If I wouldn’t, then I’m not going to do it,” she explained. “I’m designing what I like to wear, and what I found with my shoes is that the shoes that I love, is the ones that do the best.”

“So for me, it’s been a great learning experience,” she shared. “It’s also really validating. I feel like I just have to listen to my gut and stick to my guns, and with Uncommon James, I can do that without having to persuade anybody or convince anyone otherwise.”

Plus, when she sees someone wearing any of her designs, Cavallari admitted that, “It’s the coolest feeling in the world.”

“There’s nothing better,” she said. “That’s why I’m doing it. It’s so awesome to see that other people like my designs and my ideas. That’s what it’s all about.”

See anything you love? 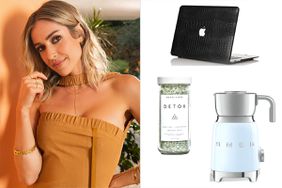 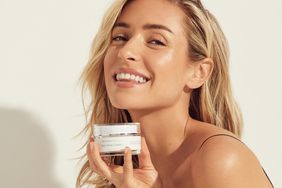