If Kendall Jenner can go braless on the Cannes Film Festival red carpet — not once, but twice! — then Kristen Stewart is kicking off her heels.

After posing for a few pictures in her complete outfit — a silver minidress with long sleeves by Chanel and black Christian Louboutin heels — at Monday’s premiere of Spike Lee’s BlacKkKlansman, the 28-year-old actress removed her shoes and went barefoot on the red carpet, carrying her footwear as she ascended the stairs into the screening.

The defiant move had some questioning if Stewart, who is serving as a Cannes competition jury member this year, was making a statement against the film festival’s notoriously strict dress code, which includes a rule that women wear heels.

Back in 2015, many women (including those with disabilities) were reportedly turned away from the Carol premiere and instructed to come back when they were wearing appropriate footwear. However, a Cannes spokesperson told the BBC at the time that there were no such restrictions in place. “Rules have not changed throughout the years (tuxedo, formal dress for gala screenings) and there is no specific mention about the height of the women’s heels as well as for men’s,” the spokesperson explained. Festival director Thierry Fremaux also Tweeted that the reports were “unfounded.”

Stewart spoke out on the issue, telling The Hollywood Reporter that wearing heels is still an unwritten rule. “There’s definitely a distinct dress code, right?” she said. “People get really upset at you if you don’t wear heels, or whatever. But you can’t ask people that anymore. It’s kind of a given. Like, if you’re not asking guys to wear heels and a dress, you cannot ask me either.”

It’s not uncommon to see Stewart switch up her footwear on the red carpet for a more comfortable option halfway through the event.

Two years ago at Cannes, the actress posed on the red carpet at a photocall for Personal Shopper wearing metallic pumps, but switched into Adidas sneakers shortly after when she headed out.

At the Venice Film Festival in 2015, Stewart wanted to give her feet a break once she sat down at the premiere of Equals, so she sat barefoot with her Christian Louboutin pumps in hand.

That same year in Cannes, Stewart didn’t even bother bringing heels, and just strutted the red carpet in worn-in sneakers at the premiere of Personal Shopper.

She was even spotted slipping out of her heels right on the red carpet at the American Ultra premiere too.

And the actress wasn’t alone. Emily Blunt was asked about the red carpet rejections at a press junket for her film Sicario back in 2015. “Everyone should wear flats to be honest. We shouldn’t be wearing high heels anyways,” Blunt replied. “That’s my point of view. I just prefer wearing Converse sneakers.” 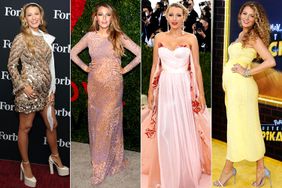 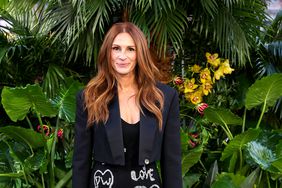 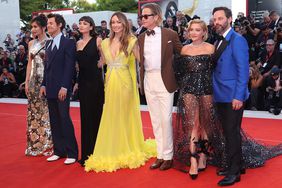