Between Khloé’s bare 8-month baby bump and Kylie’s post-baby body, The Kardashian-Jenner family’s latest ad campaign with Calvin Klein is gaining a lot of attention. But one particular photo of the sisters is causing a commotion among commenters.

The original campaign image that the brand shared features all five sisters, Khloé, Kendall, Kim, Kourtney and Kylie, all standing together dressed in some combination of bras, underwear and jeans. The shot, however, gained some negative responses after some fans noticed that one of Kourtney’s forearms appears to be noticeably thinner than the other.

“Why are kourtney’s arms so thin?” wrote one commenter, while another added, “What happened to Kourtney’s right arm?”

But closer inspection shows it’s not actually a Photoshop fail, as the internet suspected – instead, the way the shadows fall makes her arm appear to be half its size. Calvin Klein provided the image to PEOPLE at its original resolution, which clarifies that the light on Kourtney’s arm is being perceived as a Photoshop mistake in lower-resolution social-media photos.

RELATED PHOTOS: Every Swimsuit That the KarJenners Have Worn

Some commenters did pick up on the illusion. “It’s not photoshopped guys, it’s just light and shadow,” wrote one user. “Kourtney’s arm appeared smaller because it was bathed in light from the sun.”

Khloé told PEOPLE that this shoot, which was the sisters’ second for the brand, was easier than the first — despite her being eight months pregnant at the time.

“I think we were all a little more comfortable this time around, but shooting for Calvin Klein is always a little bit intimidating,” she says in this week’s issue of PEOPLE, adding, “I stayed calm though, and it was nice to laugh a lot with my sisters throughout the whole day.” 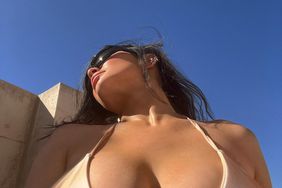 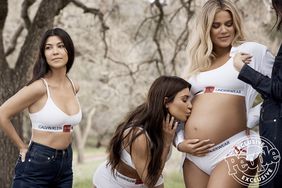 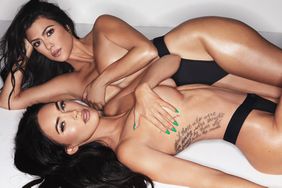 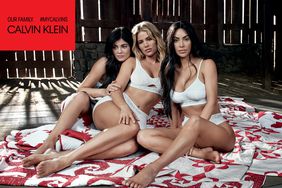 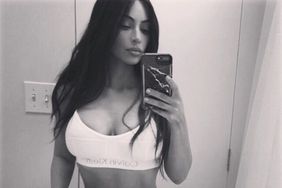 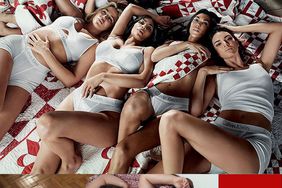 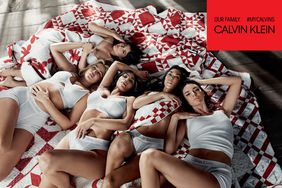 How Pregnant Khloé Kardashian Prepped to Pose in Underwear Alongside Sisters 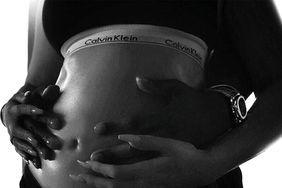 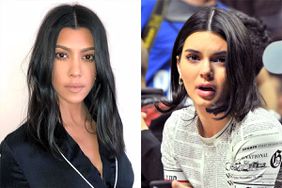 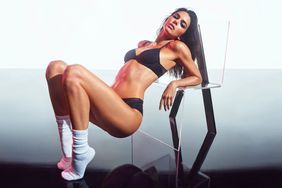