The actress flaunts her mysterious ring on that finger

Is Kirsten Dunst headed down the aisle in 2017? Judging by her big smile (and big ol' rock flash) at Paris Couture Week, we're guessing that the reports that she's engaged to boyfriend and Fargo costar Jesse Plemons are true.

The ring, which she's been wearing since at least the Palm Springs Film Festival on Jan. 2, looks to be an oval-shaped diamond enclosed by tapered baguettes and set on a gold band. Its vintage vibe complements the Old Hollywood glamour Dunst is known for on the red carpet. (Her stylists of 15 years Nina and Clare Hallworth recently told PeopleStyle: "Kirsten is an adventurous old soul. She has confidence and style and can carry off many looks.")

Dunst was also seen sporting the ring on The Late, Late Show with James Corden on Jan. 5. (See it sparkle in the clip below!) And she appeared to be having a conversation with her seatmate Arizona Muse at the Ralph & Russo show Jan. 24 that involved a lot of left-hand inspection between the two of them.

Dunst, 32, and Plemons, 26, played a married couple on season 2 of the FX series Fargo and their chemistry continued off-screen as they were spotted spending time together off set and attended red carpet events together.

The actress played small-town beautician Peggy Blomquist and the Breaking Bad and Friday Night Lights actor (remember your crush on Landry?) played her husband, a butcher's assistant "who wants to be supportive of his wife's self-discovery, even if he doesn't quite understand it," according to the network.

Dunst split from her boyfriend of four years, Garrett Hedlund, in April 2016.

Last year, Dunst told InStyle UK that she envisioned marriage in her future."I am someone who wants to get married… If it happens in my mid-to-late 30s, it's going to be intimate," she shared in the publication's May 2016 issue, adding that her ideal day would include, "courthouse, dinner party and DJ with friends and family. I'll treat it like it would be my fortieth birthday."

Are you hoping for an engagement? What do you think of the ring? Share below! 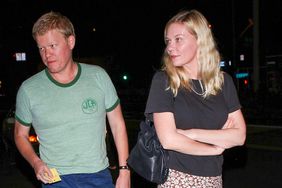 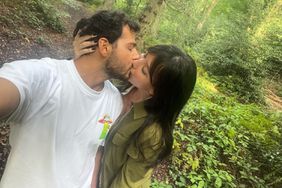 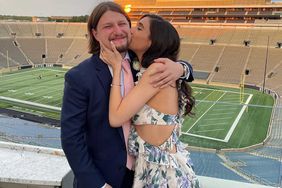 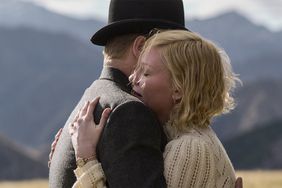 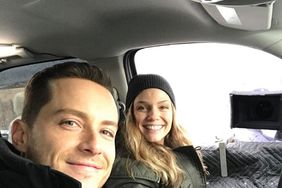