If you’re tired of staring at Kim Kardashian’s butt, now there’s a whole lot more to look at. The 34-year-old reality star’s Internet takeover isn’t over. Paper magazine has released new provocative photos from inside her now-famous cover shoot, and this time Kim leaves absolutely nothing to the imagination, posing completely naked in a full-frontal shot.

“We told you there was more to come,” the magazine teases on Instagram along with a censored photo of Kim showing off her chest and the rest of her completely naked body. “We know you came for the article.”

There’s also a side snap of the star coyly looking over her shoulder as she flashes some side boob. Paper released the uncensored NSFW photos along with its online article.

In the interview Kim reveals that after doing 10 seasons of Keeping Up with the Kardashians very little about her personal life is a secret.

“I think you’ve seen every side of me on my show,” she shares. “I love sharing my world with people. That’s just who I am.” (And after this #BreakTheInternet madness, we definitely feel like we have seen every — and we mean every — side of her.)

She also opens up about creating her selfie book, explaining that she’s “really not a filter person.” She adds, “There’s nothing we can do that’s not documented, so why not look your best, and amazing?”

Inside Kim Kardashian’s Paper Magazine Shoot (Plus, the Twitter Reactions!)

So how did she keep all those 300-plus photos organized? According to Kim, she made sure to date each and every one. “I know what I wore, what accessories I wore, where I was, who I was with,” she says. “I remember everything.”

Kim teamed up with famed photographer Jean-Paul Goude for Paper‘s #BreakTheInternet issue, recreating the photographer’s iconic “Champagne Incident” portrait for one cover and baring her backside for another. And according to a source, the whole thing was a spur-of-the-moment decision.

“They went into it with just one cover image in mind — that was it. But Jean-Paul Goude and Kim hit it off, and they asked everyone to leave and they got creative themselves! No publicist, no magazine execs,” an insider told PEOPLE. “He has to be inspired and sketch her first and have a vision. So he came up with that: ripping the dress off. Kim thought he was amazing and just the best. It was all about the art of it and being creative.”

Do you think Kim took it too far? Do you see the photos as art? Share your thoughts below. 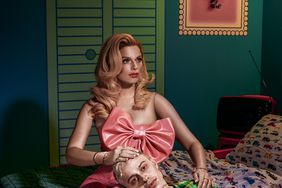 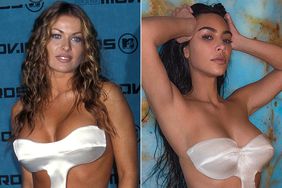 Kim Kardashian's Latest Style Homage Is a Cut Above the Rest — and Carmen Electra Approves!

Kim Kardashian Poses for Sexy Nude Shoot on Keeping Up with the Kardashians: A Look Back at Her Top 5 Naked Moments

Kim Kardashian on Naked Paper Photos: 'I Wanted to Make Myself Feel Confident'

Inside Kim Kardashian's Paper Magazine Shoot (Plus: Twitter Reacts to Her Butt) 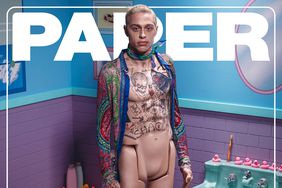 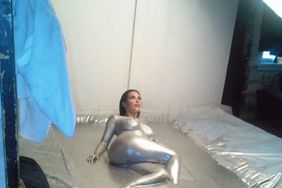 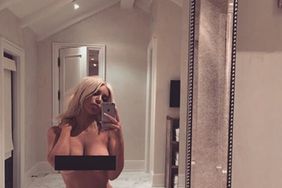 Send Nudes: A Brief History of Kim Kardashian's Love Affair with Her Own Naked Body 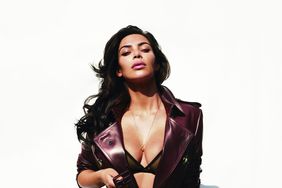 Kim Kardashian West Poses Nude for GQ (If You're Playing Your Kardashian Drinking Game, It's Her 7th Nude Cover!)