Kim Kardashian Goes Platinum Blonde — and It's a Subtle Nod to Paris Hilton!

Kim Kardashian West‘s platinum blonde hair was once compared to Harry Potter‘s Draco Malfoy, but her latest turn at lighter locks may be a nod to someone she actually knows.

The Keeping Up with the Kardashians reality star debuted a shorter, blonder ‘do on Snapchat Friday.

While we’re unsure if it’s permanent or a wig (she busts it out from time to time), it could’ve been an homage to another famous blonde’s birthday, her former BFF Paris Hilton.

Kardashian West, 36, wished Hilton a happy 36th birthday in the same Snap she used to announce her hair change. Call it coincidental timing!

The pair last came together at Kris Jenner‘s annual Christmas Eve bash in December, and it was the first time they had reunited since designer Riccardo Tisci’s 2014 star-studded birthday party in Ibiza.

And the mother of two couldn’t resist those Snap filters (flower crown for the win).

Speaking of Paris: PEOPLE confirmed that Kardashian West will not be returning to the “City of Light” for Fashion Week.

It’s been five months since she was was robbed on Oct. 3. during the fall show season. While alone in her No Address Hotel room, five masked men broke in, held her at gunpoint, bound and gagged her and stole millions of dollars worth of her jewelry, including a $4 million ring.

Kardashian West has repeatedly met with French authorities after 17 individuals were arrested across France in connection with the heist. 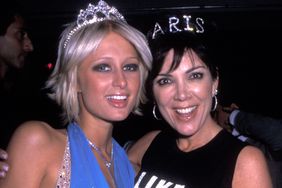 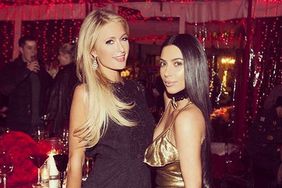 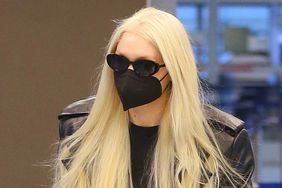 Gigi Hadid Makes Her Most Dramatic Hair Change Yet