Kendall Jenner's BFF Necklaces Are the Hottest Accessory of 2016

This is the ultimate status symbol in Hollywood right now

The most rarefied jewels around right now aren’t just, say, 35-carat engagement rings designed for divas engaged to billionaires. These days, the most coveted piece of jewelry in Hollywood is one that indicates you’re in a top model squad — Kendall Jenner’s, to be precise. And only two other A-list catwalkers have gotten their hands on a piece.


Jenner and her two BFFS, Gigi Hadid and Cara Delevingne, are no stranger to a matching moment — Jenner and Delevingne have matching CaKe shirts, while Jenner and Hadid have sported jerseys with their names on the back. But their Lola James necklaces take the love to the next level, as Kendall pointed out in her Tweet:

Jenner and Delevingne (who take their nickname so seriously, they even give each other CaKes) first sported their Lola James “Mini Me” necklaces jointly during last fall’s Paris Fashion Week. Hadid more recently got in on the act, sporting a KenGi version of the same necklace. And ever the diplomatic friend, Jenner was seen wearing both at the same time while in Paris this week with Hadid, her younger sister Bella and a few more pals.

So who’s next on Kendall’s gift list? (Can’t be these stars — they all already have their own Lola James necklaces.) Could she and her little sister get KenLie necklaces? Perhaps one with her mom: Krendall? Is it too much to hope for a Karry necklace? (Are you listening, Harry Styles?!) We’ve got another couple weeks before the next Paris Fashion Week to find out.

What do you think of these friendship necklaces? 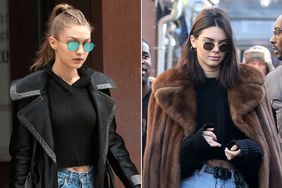 Keeping Up with Kendall – and Her Squad! 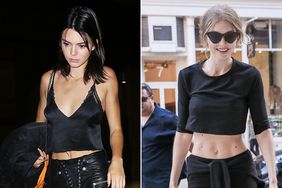 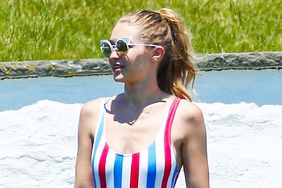 Where in the World Are KenGi? Kendall Jenner and Gigi Hadid Skip Couture Week for Fourth of July Fun 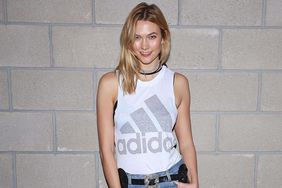 Is This the Chap-ocalypse? Kendall Jenner and Karlie Kloss Are Committing to Chaps in 2016

Kendall Jenner and Gigi Hadid Are Officially the Cutest Supermodel BFFs -- They Have the Love Lock to Prove It! 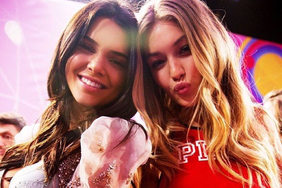