We may only be halfway through the Cannes Film Festival and its many red carpets, but we’ve already seen more supermodels than at most runway shows and enough stunning gowns to put the Oscars to shame. And while there have been plenty of A-list pros giving us one gorgeous sartorial moment after the next, from Rihanna‘s ’90s R&B couture to Tilda Swinton’s otherworldly avant garde togs, all eyes have really been on the next generation of It Girls who are redefining Riviera chic. First Kendall Jenner went a little edgy, kicking off her Cannes style streak in black tie jorts, then Bella Hadid channeled true ’90s starlet style, with her mega-carat choker giving us some serious Titanic “Heart of the Ocean” flashbacks. But both brought some classic glitz and glam to the Fashion For Relief Gala on Sunday night.

But those weren’t the only statement making dresses the model BFFs wore that evening. Earlier in the night, both starred in the Fashion For Relief runway show alongside industry veterans like Naomi Campbell, who founded the event to raise money for Save The Children. Fashion icon Kate Moss returned to the runway for the evening in a glittering Atelier Versace pink blazer and silver fringed skirt, while Heidi Klum walked in only a t-shirt, white thong, and crystal-laden mesh skirt. So if anyone is still wondering whether Kendall and Bella are truly deserving of the “super” moniker, one look at their catwalk contemporaries should finally put that debate to bed.

Which of these supermodel gala looks is your favorite? Sound off below! 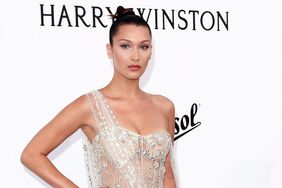 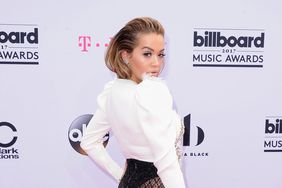 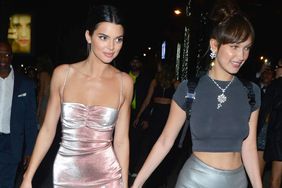 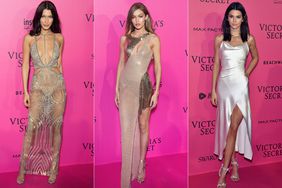