As Mae West said, “Too much of a good thing can be wonderful.” And that appears to be the approach the Jenner sisters are taking to their budding modeling careers. Kendall’s had more time in front of the spotlight, but between their photoshoots for PacSun and Steve Madden, and this latest Bruce Weber-shot spread for DuJour, they’re about to be the most in-demand package deal since Mary-Kate and Ashley Olsen.


In the photos, which feature Kendall, 18, and Kylie, 17, dancing, canoodling and mock-sparring with male models, the two wear a range of clothing from bustiers to plaid button-ups to colorful headwraps. And there’s even a cameo from momager Kris Jenner, who apparently can hoedown with the best of them, as seen below.

The dynamic duo offer some insight as to their comfort in front of the lens. “I don’t think we really remember a time before the cameras,” says Kylie, to which Kendall adds, “Even before the show, when we were babies — four or five years old — we’d be walking red carpets with our dad [Bruce Jenner].” They also got some pre-shoot support from elder sister Kim, whom Weber shot for DuJour‘s 2013 spring issue. “They were really excited because he is really fun. And [to] really enjoy it because he is an amazing person to shoot with,” Kendall says in the magazine.

What do you think of Kendall and Kylie’s latest modeling moment? Are you a fan of the shots? Share your thoughts below! 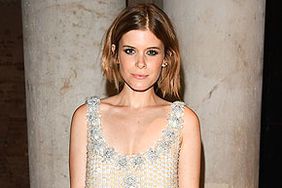 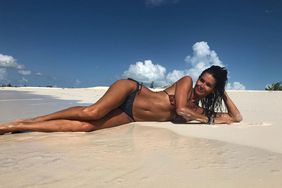